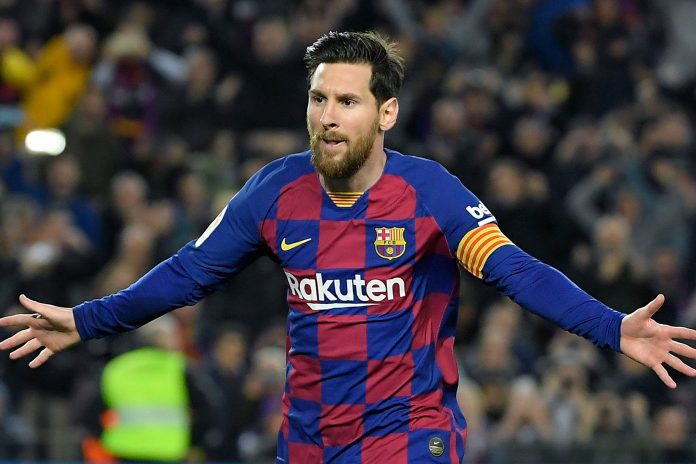 The Argentine legend, scored twice in the second-half to give Barcelona a comfortable 3-0 win at the Nou Camp.

This puts them third in La Liga and keeps them within five points of league leaders Atletico Madrid, who still have a game in hand.

The hosts dominated the possession stats in the first half. Francisco Trincao came closest after 20 minutes but fired straight at the keeper, while Elche had chances to score on the counter but also couldn’t convert, leaving it goalless at half-time.

Ronald Koeman’s side put the game beyond doubt five minutes later when Jordi Alba added a third in what became a comfortable performance and victory for Barcelona, despite a slow start.

However, Messi’s brilliance didn’t end with the final whistle because the 33-year-old’s behaviour after the game has been going viral on social media.

That’s because Elche goalkeeper Edgar Badia went over to the Barca star to ask him for his jersey after the game, prompting a moment of class from Messi.

Naturally, Messi obliged and handed over his jersey, but Badia amusingly did a double-take when the Ballon d’Or winner insisted upon receiving his kit in return.

That might just seem like common courtesy, but it’s the reaction of Badia that makes it such a heartwarming moment and Messi himself couldn’t help but laugh at the fact that it caught him off guard.

Barca’s Dutch coach, Ronald Koeman said when he ticked off the club’s more experienced players at the start of the week he was not talking about Lionel Messi.

Koeman defended Messi after watching him score two to make him La Liga’s top scorer with 18 goals after Barcelona’s 3-0 win over Elche.

“When I spoke about the experienced players I was not talking about him. He keeps scoring lots of goals. It’s the others that have to start making a difference, not Messi. He is already making a difference and he did it again in this game,” said Koeman.

Barcelona’s next two matches are against Sevilla, a league meeting on Saturday followed by the second leg of the Copa del Rey semi-final on March 3.