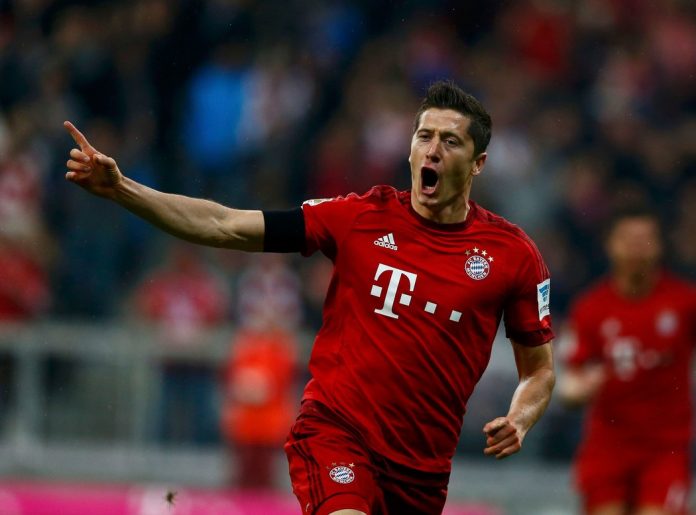 No Golden Ball will be handed out in the current calendar year, with France Football having announced that they will be cancelling the event for the first time since it was introduced in 1956.

With the coronavirus pandemic having disrupted sporting schedules around the world, the decision has been made that it would not be fair to pick out one star performer.

That news has come as a blow to Bayern frontman Lewandowski, with the prolific Pole having seemingly positioned himself at the front of the queue for a prestigious prize.

Those at the Allianz Arena have expressed their disappointment at seeing a key man miss out on the recognition he deserves, but Lewandowski was not the only superstar in the running.

His Bayern team-mate Kimmich admits that challenges would have been mounted by leading lights from the Premier League, Serie A and La Liga, telling Goal of the other contenders: “Of course, like always, [Lionel] Messi and Cristiano [Ronaldo] would be in contention.

“And for me, I think Kevin De Bruyne played an outstanding season, so maybe him.”

Kimmich himself, meanwhile, has enjoyed an impressive 2019-20 campaign, with the 25-year-old continuing to catch the eye in Munich.

The Germany international has been a consistent performer for Hansi Flick’s side in a central midfield position and while he can also operate at right-back, Kimmich prefers the role in the middle of the pitch.

“I like it,” Kimmich said of that tactical tweak that’s seen him move into midfield.

“I always played this position in my youth. I was really happy that I could play there again. I think I did a good job but this season isn’t over yet. We have a few more games and after that we’ll see if I did good or not.

“My favourite position is in the midfield. I think I can play to my strengths there. I can communicate with every player. I’m more in the game, because as a right-back you have to stay on one side and you’re not always in the game for 90 minutes. So I prefer the centre midfield position.”

Kimmich’s focus is locked on finishing the 2019-20 campaign as positively as possible, with Bayern chasing Champions League success having already wrapped up an eighth successive Bundesliga title.

They have the second leg of a last-16 encounter with Chelsea to come on August 8 – with a 3-0 aggregate lead held in that contest.

Frank Lampard’s side, who have finished fourth in the Premier League and reached the FA Cup final, will have had more competitive game time under their belts since Bayern completed their domestic season, but Kimmich does not see that being a problem.

He said: “I don’t know if this is a disadvantage or not for us, I think we will see afterwards. I think it’s a good thing that we have a little break to recover.

“We have one friendly [on Friday against Marseille] and then we will play against Chelsea. We have a good result from the first leg and I’m really confident we will make it through.”

A quarter-final meeting with either Barcelona or Napoli awaits the winners of Bayern’s clash with Chelsea, with the latter stages of the Champions League due to be held in Lisbon between August 12 and 23.