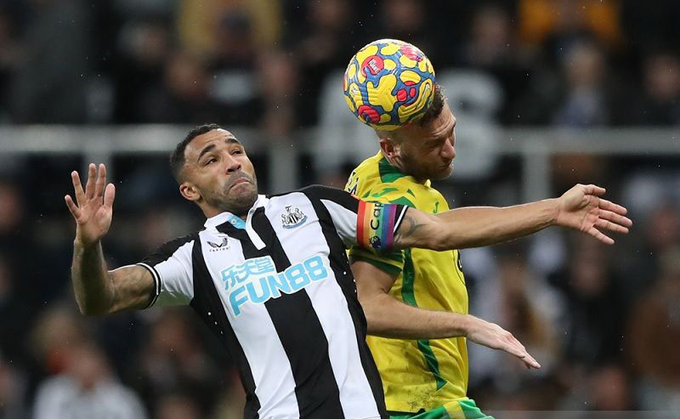 Norwich manager Dean Smith felt the decision to award Newcastle a second-half penalty in the Canaries’ 1-1 draw at St James’ Park was “pathetic”.

Callum Wilson put the Magpies ahead from the spot after Billy Gilmour was adjudged by the video assistant referee to have blocked Federico Fernandez’s header with his arm.

Teemu Pukki’s magnificent left-footed volley salvaged a point for the visitors late on, but Smith was unhappy with the manner of Newcastle’s opener.

“If it takes 90 seconds to [overturn] a clear and obvious error – it’s pathetic for me.”

The Magpies had endured a nightmare start when Ciaran Clark was shown a ninth-minute red card for a professional foul on Norwich striker Pukki.

Pierre Lees-Melou almost capitalised on a Fabian Schar error in second-half stoppage time, but the Frenchman was denied by Martin Dubravka.

Newcastle remains rooted to the bottom of the table, while Norwich climbs above Burnley into 18th place – three points from safety.