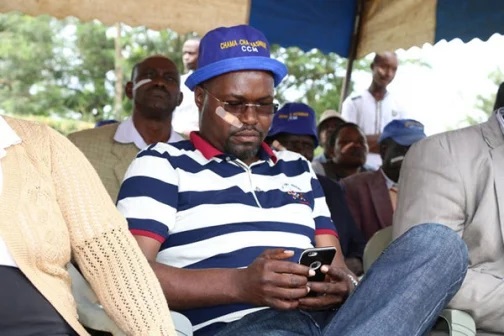 While appearing in a presser on Tuesday, KANU Secretary General Nick Salat said the legislator will have to seek fresh mandate from his electorate.

“The people of Emuarua Dikirr will have to choose between peace and anarchy, the way Ng’eno has behaved, we have to part ways, we apologize to the office of the people he mentioned adversely,” Salat commented.

Ng’eno was arrested on Monday in Narok. He was presented in court, where he was directed to spending two more nights at the police cells pending a ruling on his bail application on Thursday.

In a statement to the public, the DPP gave the green light for his persecution, preferring charges of hate speech, and offensive conduct conducive to breaches of peace.

Other groups including The Kenya Women Parliamentary Association (KEWOPA), Maendeleo ya Wanawake and the Orange Democratic Movement have demanded an apology from the legislator.

ODM however, beckoned Deputy President William Ruto to ‘tame’ his allies, who have been going round allegedly insulting the presidency.

Ruto has since distanced himself from the rogue comments instead urging his loyals to abstain from abuse.

“Leaders should exercise restraint and avoid insults and bad language against other Kenyans. Unsavory words against mothers and Head of State is a NO, NO. No amount of anger justifies the use of offensive insulting language. There exist decent ways to communicate however one feels.”