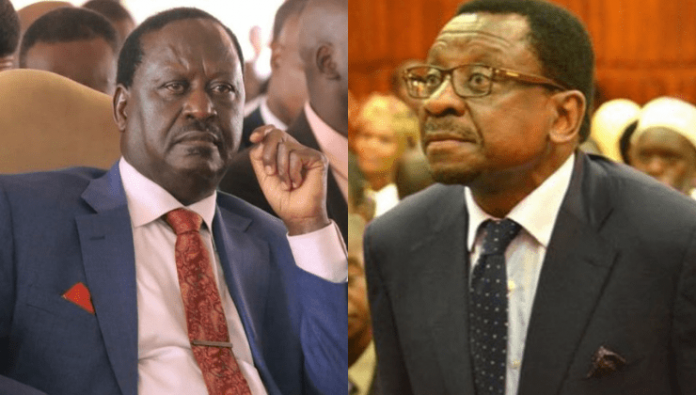 ODM Director of Communications Philip Etale has confirmed the existence of internal squabbles within the Orange Democratic Party.

In a statement, Etale said some of the party’s senior leaders were speaking from separate scripts on the BBI Bill.

“In a democratic party like the Orange Democratic Movement (ODM) members have to disagree and later agree on principle especially when it comes to sensitive matters as the constitution review.”

“ As a party, we wish to assure our members, supporters and the general public that our legislators are only differing on substance but have a common agreement that they will all pass the Bill on the voting day,” Etale said.

Siaya Senator James Orengo and Rarieda MP Otiende Amollo have been accused of betraying the party after openly questioning clauses in the BBI.

The duo, who are a long-time supporters of ODM chief Raila Odinga, have also demanded that the draft be amended before it is passed.

Junet Mohammed, the Suna East MP who is also the co-chair of the BBI secretariat, accused Orengo of trying to disown a paper he and National Assembly Majority Leader Amos Kimunya helped draft.