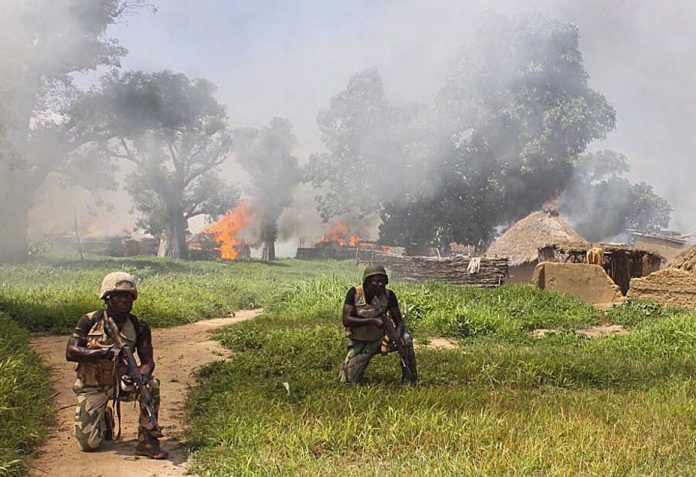 Private military and security companies have been regular fixtures in conflicts across the globe. For Africa, these corporations became increasingly visible with their role in civil wars in Angola and Sierra Leone.

And a Russian contractor, the Wagner Group, has been actively involved in Sudan and the Central African Republic. Its involvement has included signing contracts that grant it access to potential diamond and gold deposits. Such agreements have been typical of private military and security companies, particularly in Africa. This was the case with Executive Outcomes’ deal with Sierra Leone’s government in the early 1990s.

But understanding when and why these corporations are able to deliver effective services to clients has remained an elusive task.

As a multibillion dollar industry, the list of companies is continually growing, as is demand for their services. In late 2018, the US Department of Defense reported nearly 50,000 contractors working under the auspices of such companies. Over 28,000 were in Iraq, Afghanistan, and Syria.

Read more: Private defense companies are here to stay – what does that mean for national security?

Beyond the obvious role of combat support, these companies have also been increasingly used in services as diverse as anti-poaching efforts and combating maritime piracy.

For many governments, private military and security companies can become an attractive resource. This is particularly true in cases where the capacity of national armed forces is low and the government faces strong threats.

But, how well do they perform?

One recent investigation argued that contracting private military and security companies during wartime can actually increase military effectiveness – and with it, the intensity of conflict. Other scholars have explored their impact on the duration of conflicts. This research has suggested that conflicts in which higher numbers of these companies are contracted by a government are likely to be shorter than those with few or none.

The rationale here is that a more competitive market incentivises the companies to perform better so they can win more contracts.

Our recent assessment of private military activity, along with work from academics Deborah Avant and Kara Kingma Neu, questions this logic.

We set out to try and understand how these companies interact. We also wanted to know the effect of these interactions.

Private military and security companies frequently do compete over contracts. But we also found that once they were contracted they often collaborated. This was especially likely when a task was very big or when specialised services were needed.

Observing and evaluating the delivery of specific services is difficult. Some research has compounded this difficulty by assessing effectiveness with generic measures such as conflict duration rather than whether the terms of the contract were met.

It’s difficult accessing the terms of specific contracts because all the entities involved are private companies. This means that identifying how well they’re meeting the requirements of a specified contract is often unknown. This is a huge challenge for researchers who rely primarily on quantitative assessments to explore these dynamics.

We also drew attention to how quantitative analyses, in the absence of in-depth investigation, could lead scholars to miss important dynamics in how these companies influence conflicts.

We looked at Sierra Leone’s civil war, which began in 1991 when the Revolutionary United Front invaded the country from neighbouring Liberia.

Our analysis shows that at no time during the conflict were rival private military and security companies operating simultaneously in the country. For example, the Gurkha Security Guards was contracted in early 1994. But it quickly exited when rebels ambushed and killed their leader. After the company had left, Executive Outcomes was contracted to thwart the Revolutionary United Front threat. In the data, presence in the same year is inaccurately treated as competition.

We also found that when multiple groups were contracted simultaneously, their repertoire of services didn’t overlap. In other words, they weren’t competing with one another because their services were complementary. From our perspective this increased their ability to execute their mission effectively.

For instance, Executive Outcomes owned and operated a number of subsidiaries, including groups like LifeGuard Management and Ibis Air. It used these groups to carry out specialised services such as mine security and air transport. These were pivotal in providing Executive Outcomes the best opportunity to regain territory from the Revolutionary United Front while training the Sierra Leone military.

But the simultaneous presence of each of the companies is not indicative of competition.

We also found that although hiring the companies shifted the balance of power in the government’s favour by 1996, the conflict wouldn’t end completely until 2002.

Our qualitative assessment highlighted that, instead of the companies helping to bring the conflict to an end, the same data could actually indicate that they simply managed its intensity.

This analysis underscores the need to really come to grips with the concept of effectiveness of private military and security companies. It also suggests that more work needs to be done on uncovering insights on contract terms and conditions, however aspirational a task.

We are not suggesting that private military and security companies should be avoided. They have proven to be useful alternatives for organisations such as the UN and the World Food Programme. Rather, our analysis points to the need to fully understand the intricacies of their interactions – not only with the entities that contract them, but with one another.

This is particularly important in Africa. Foreign investment by both Russia and China is likely to see an increase in private military and security companies hired to protect their investments.

This might increase security in the region. But depending on the terms of the contracts and the clients these organisations are accountable to, it may not be in the best interests of the states where they operate.

In addition, a more complete understanding of the roles undertaken by private military and security companies during conflict is necessary to fully understand their effects on conflict dynamics, including duration.

Recent work has moved in this direction with event datasets like the Private Security Event Database. This provides information on where these companies operate, their clients and the services they provide. Though real time information on contracts and events is likely to prove difficult to get, using historical datasets like this can increase our understanding of their influence.

For governments, the expanding list of services in an increasingly globalised market allows for greater opportunity to fill real or perceived gaps in security. In certain cases, private military and security companies may be used to insulate a regime from collapse.

Regardless of the reasons, the interactions between the companies and the influence they have on conflict and stability will continue to be important.