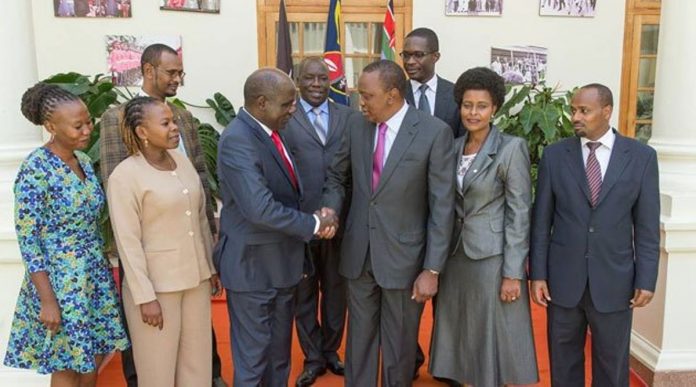 Interviews to fill in vacancies of four Independent Electoral and Boundaries Commission (IEBC) commissioners is set to begin soon.

President Uhuru Kenyatta issued a statement calling for the appointment of new officials to fill the vacancies created by the resignations of four commissioners in 2018.

After the contentious departures of Roselyn Akombe, Paul Kurgat, Margaret Mwachanya, and Consolata Maina from the electoral commission, the electoral agency has not been completely constituted.

Meetings to address key challenges have not been held due to a lack in quorum of the commissioners.

The four’s departure had been shrouded in controversy because, the High Court declined to declare the IEBC illegally constituted because the affected commissioners had only “resigned through a press release rather than writing a letter to the appointing authority.”