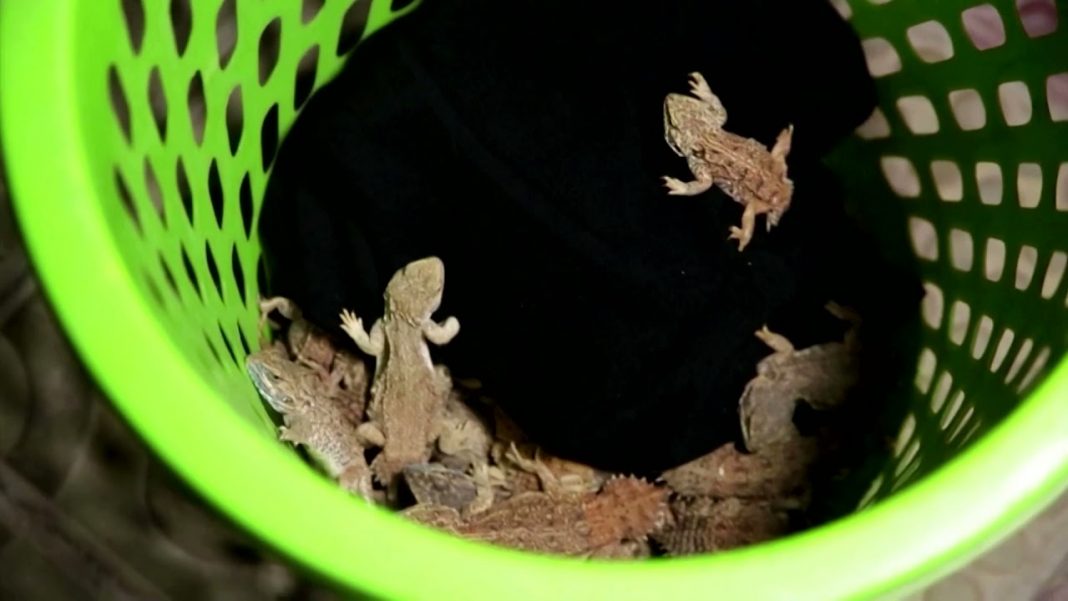 On Tuesday, police in Somalia’s breakaway Somaliland territory said they caught a guy at an airport as he attempted to smuggle 200 lizards to Egypt.

The reason for the suspect’s unlawful reptile exportation was not immediately obvious, according to local police and wildlife officials.

According to the police, the arrest took place at Egal airport in Hargeisa, the region’s capital. According to them, the reptiles were wrapped in cloths and hidden in bags before being handed over to the ministry of the environment.

The lizards appeared to be shield-tailed agama, which can retail for $500 each on pet websites, but officials were only able to confirm its Somali name.

Previous seizures of illegal trafficking of wildlife have involved birds, officials in Somaliland said, adding that this was the first case involving reptiles.