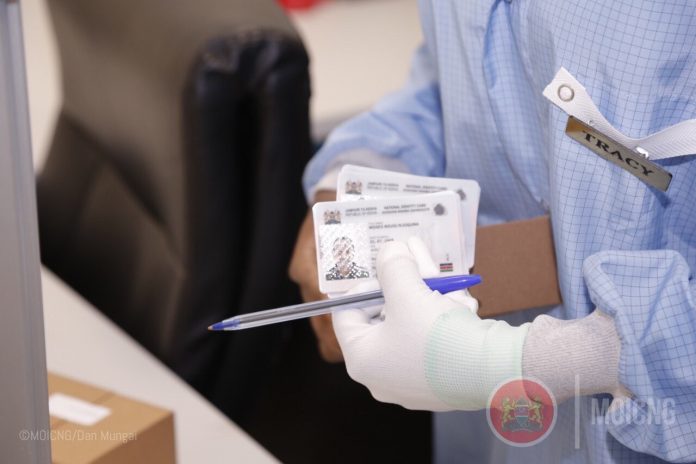 The Ministry of Interior Coordination has announced the roll out to the much publicized Huduma cards two years after its launch. – By Gerald Gekara.

Principal Secretary, State Department of Interior Dr. Eng. Karanja Kibicho said registered Kenyans will be able to pick their cards after receiving an SMS notification prompting when and where to collect the cards.

The card will have all the data merged and installed in an electronic chip, capturing details in the National Identity card, National Hospital Insurance Fund, National Social Security Fund among others.

The government said that Huduma Namba is aimed at enhancing planning and public service delivery.

The government also intends to have the cards replace the current National Identification Card (ID card) which will slowly be phased out.

The first recipients of the card were President Uhuru Kenyatta, first lady Margaret Kenyatta, and a host of other Kenyans at the Mashujaa Day celebrations in October 2020.

“We are now ready to start issuing cards to Kenyans…so that they can start getting services online and stop the long queues in government offices,” the President said.