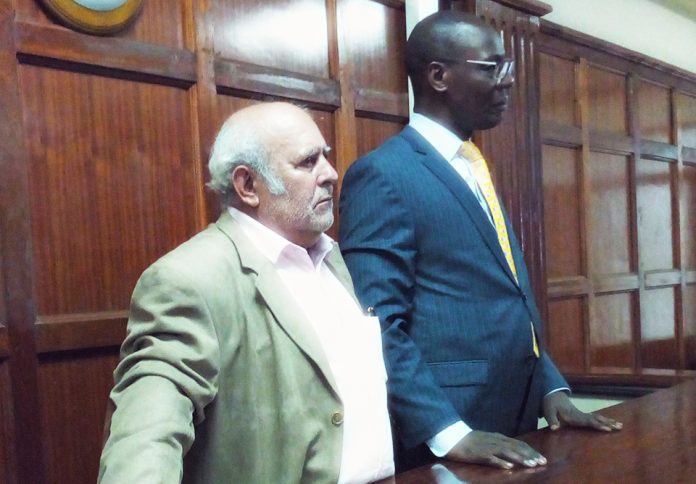 BY PRUDENCE WANZA – Four suspects of arrested with 2billion fake currency at Barclays bank Queens way branch have been charged in court after being detained for five days.

The four Eric Adede, Mohamed Ejaz alias Ahmed Shah, Mary Wanjiru and Irene Wairimu have been jointly charged of carrying an illegal business as investors in Nairobi with one Murimi Materi Mbuthia who they would in turn remit to them Ksh. 20,000,000.
Eric Adede is accused of having in custody 2billion fake currency at Barclays bank and being in possession of 41.373kg of Brass which contrary to the mining Act.

The four pleaded not guilty to the charges before, Chief Magistrate, Francis Andayi at the Milimani Law Court.
The prosecution however opposed to giving of bond to the accused persons citing that it needed two days to file reasons as to why they should not be released on bond.
Lawyers of the accused persons argued that their clients have a right to be released on bond