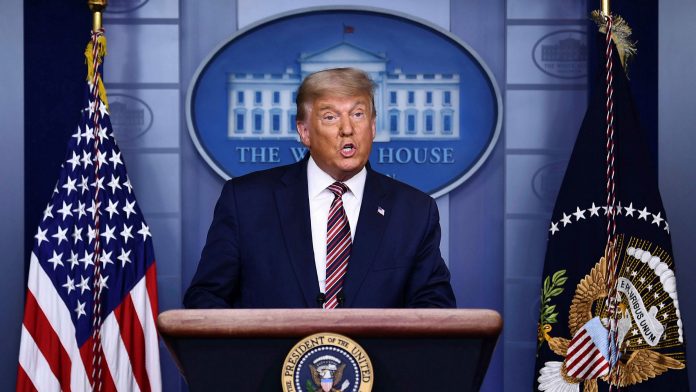 US President Donald Trump has committed to an “orderly” transition of power a day after his supporters stormed Congress, provoking world condemnation.

Mr Trump’s remarks, posted on Twitter following a suspension, were widely seen as his first public acknowledgement of electoral defeat.

He spoke as top Democrats called for him to be removed from office.

Hours later, Capitol Police said one officer had died from injuries sustained during the riots.

Four others also died during the unrest. Officials said one Trump supporter was shot by police, while three died as a result of “medical emergencies”.

The breach of the seat of the US government led to the evacuation of shocked lawmakers, postponing for several hours their certification of President-elect Joe Biden’s victory over Mr. Trump.

Mr Trump returned to Twitter on Thursday evening, following a 12-hour freeze of his account after the social media company said his tweets could stoke violence. In the clip he barely touched on his baseless claims of voter fraud, which had riled diehard supporters on Wednesday outside the White House.

“Now Congress has certified the results a new administration will be inaugurated on January 20th,” he said.

“My focus now turns to ensure a smooth, orderly, and seamless transition of power. This moment calls for healing and reconciliation.”

Mr. Trump said he had “immediately deployed” the National Guard to expel the intruders, though some US media reported he had hesitated to send in the troops, leaving his vice-president to give the order.

The video message was the closest he has come to a formal acceptance of his defeat after weeks of falsely insisting he actually won the election in a “landslide”.

In November, he tweeted about Mr. Biden: “He won because the Election was Rigged.” But shortly afterward Mr Trump denied that remark had amounted to a concession of victory to his rival.