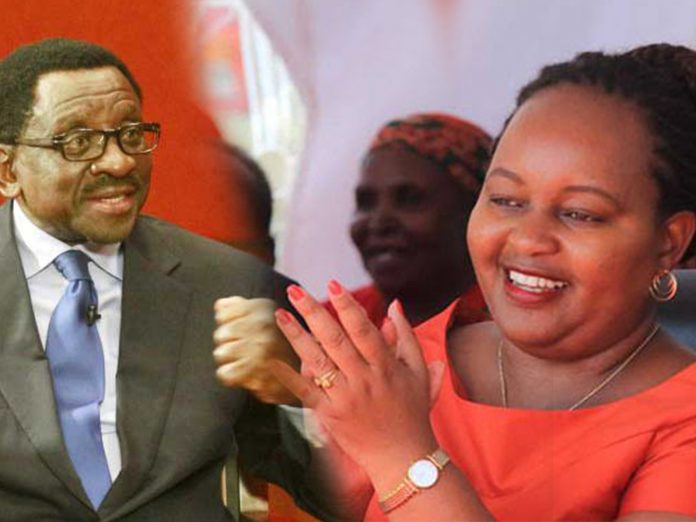 Senator James Orengo’s deliberations during the Senate deliberations on Waiguru’s Impeachment debacle on Tuesday 16th shocked many, when he insinuated that the embattled Kirinyaga governor was being sought by ‘higher powers’.

Senator James Orengo stirred up the debate after attempting to lift the blame on the Kirinyaga County Assembly, for ousting the embattled governor.

“Waiguru’s ‘head’ is being asked for not by the County Assembly of Kirinyaga but by ‘other people’,” he said.

Orengo also added that he has evidence to prove his remarks.

His spirited efforts to save Waiguru caught the eye of many, including members of the Jubilee break out faction Tangatanga proponents, Susan Kihika and Kipchumba Murkomen.

Murkomen who rose on several points of order, accused the Senator of misleading Kenyans that the Senate would be subject to corrupt and biased voting, if it were upon the House to decide Waiguru’s fate.

“You know the remarks I support and the stones have heard me” to Elgeyo Marakwet Kipchumba Murkomen.

Kirinyaga Senator, Charles Kibiru who weighed in on the matter, said the verdict on the outcome of the committee is obvious, and warned of reproach from Kirinyaga MCAs.

“Nobody is saying that the governor is guilty… We are not fools and we did not come to Nairobi yesterday. We know what has been happening around,” Kibiru said.

Orange Democratic Movement had initially said it is plotting to save the embattled governor, leaving many to wonder where the spirited war against corruption went.

The fight spilled over into the night with Kenyans on social media accusing Orange Democratic Movement party, of attempting to cleanse corrupt officials.

Round ONE was forcefully initiated to enable smooth SUCCESS of round TWO.Forget about round two.Waiguru has been sanitized she’s clean & save.Accept & move on Kirinyaga pple & your able MCAs. We ALL know #SenateNiYaSweetie .

Majority of senators didn’t vote for plenary because they wanted to protect themselves from the backlash that would come from cleansing Waiguru. Why take the heat when you got 11 guys who can do it for you. Malala, Beth Mugo, we all know how they’ll vote. #SenateNiYaSweetie

Once again Bob Orengo James is proving to be one big old idiot,saving somebody who is corrupt to show superiority in the senate, zombies #SenateNiYaSweetie