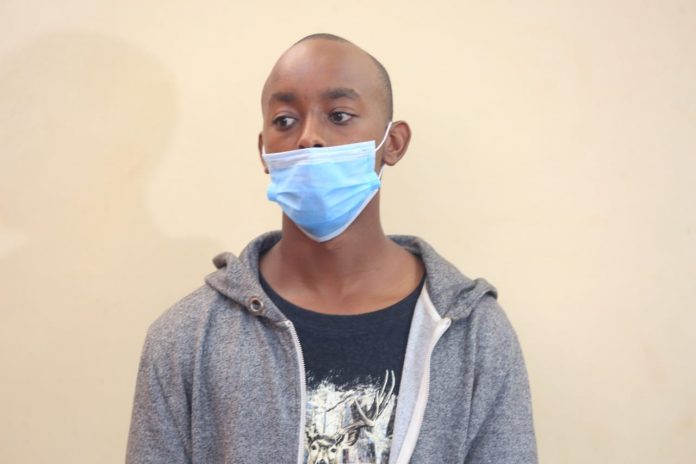 Lawrence Warunge, the prime suspect in the murder of five Kiambu residents including his father, mother, brother, nephew and a worker has been found unfit to stand trial. – By John Mutiso.

This was due to mental results which were presented by a psychiatrist before a Kiambu court ordered Warunge to be remanded for a further 30 days after which a second mental assessment would be undertake.

Chief magistrate Patricia Gichohi ordered Warunge to be held in police custody in Nairobi until March 1, 2021 when the matter will be mentioned.

The suspect’s girlfriend was released after she reached a deal to become a state witness against the university student. The prosecution told the court that after going through Muthoni’s files it sought to turn her into a witness in the ongoing murder trial.

Chief Government Pathologist Johansen Oduor  stated that the five who were killed had similar injuries, stab wounds to the chest and blunt force trauma to the head. Blood vessels of the neck were injured thus leading to massive blood loss and eventual death.

Warunge who is reported to have confessed claiming he single-handedly took the lives of his victims is expected to be charged for murder.

Warunge and Muthoni had failed to take a plea in court on Monday, January 25, as had been anticipated to allow for a mental examination to be conducted.

Yesterday,the case was not mentioned as expected at the Kiambu Law Courts after the prosecution sought an extra day to allow Lawrence to undergo the examination.

The suspect had been taken to Mathari Hospital before the trial began, but the results weren’t ready in good time, prompting the court to adjourn to Tuesday, January 26.