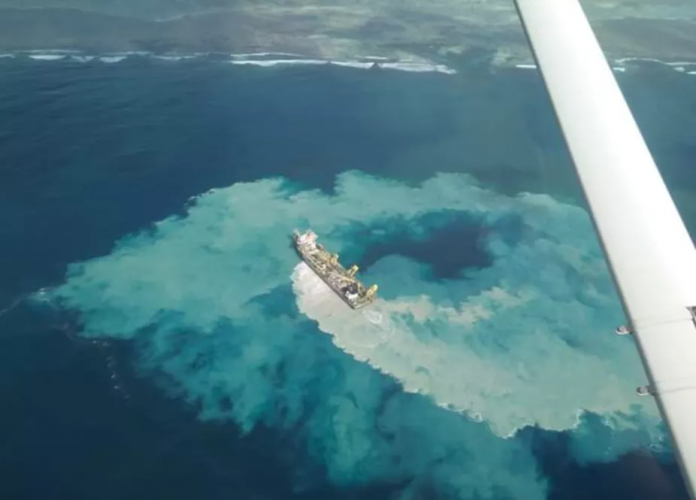 Kenyans have taken to social media to protest against what they claim is illegal sand harvesting off Diani beach, one of the country’s most popular coastal areas. The Conversation Africa’s Moina Spooner spoke to David Obura about why this is an issue.

Is sand harvesting a problem on the Kenyan coast?

The harvesting of sand from Kenya’s ocean beds has made headlines in recent years. It’s a growing problem. The most publicised case was in 2016 when the China Road and Bridge Corporation started to collect sand off the Waa reef for construction of the standard gauge railway in Mombasa. This was done without a suitable Environmental Impact Assessment and eventually the National Environment Tribunal revoked their license, putting a stop to it.

The main problem is that mega-infrastructure projects – like the country’s new standard gauge railway – are coming online and they need resources, like sand. Sand is crucial for construction and is used in the foundations of buildings, railways and port terminals. But the government has not identified where relevant sources are, the total anticipated demand, nor where sand should be extracted.

There needs to be a national strategic environmental assessment which focuses on sand for large scale construction. This would help inform where sand harvesting should be done and locations where conflict with other sectors, like tourism and fisheries, could be avoided.

For individual projects, where harvesting is allowed, there then needs to be an environmental impact assessment which would highlight what mitigation measures need to be put in place to minimise damage. What has been missing from all assessment reports so far is real-time monitoring of sediment plumes, how they are affected by the wind, waves and tides, and what would trigger harvesting activities to be postponed or altered to avoid damage to nearby sensitive reefs.

These environmental studies are good for all concerned, as the constraints would be transparent and useful for planning and long term investments.

Who is harvesting sand and why?

Sand harvesting is being carried out for construction of the second phase of the container terminal in Mombasa’s Port Reitz.

It is being harvested off the Waa coral reefs off Diani beach in Kwale County, on Kenya’s south coast. The harvesting is being carried out by the Dutch vessel Willem van Oranje, funded by the Japanese International Cooperation Agency.

After the sand is harvested it is then deposited at the terminal.

What impact can this have?

Sand harvesting can have a huge impact on coral reef and seagrass ecosystems.

The volumes of sand needed are immense. Removing this amount of sand will have a number of consequences. It will deepen the seafloor at the base of the coral reefs and the sand balance between undersea sediments and shorelines will change. In addition, popular beaches of the Diani area may become eroded.

Sand harvesting also creates large plumes of sediment, both on the seafloor and at the surface.

If carried to the reefs and seagrasses by tides, currents and wind, the sediments suffocate and kill corals.

The sediment plumes can also suffocate invertebrates, algae and fish, killing the reef.

This activity is being opposed because the Kenyan government hasn’t formally designated locations or guidelines for sand harvesting from the sea. Environmental impact assessment should have been prepared. In fact the current activity is based on reports and approvals that are over five years old.

A similar activity was stopped by the National Environment Tribunal in February 2016. At that time the environmental license was withdrawn on the grounds that the environmental impact assessment didn’t adequately address potential impact to the reef and people dependent on it.

Since that decision no new environmental impact assessment or consultation has been undertaken. If it had been done then the opposition by various stakeholders – like the tourism and fisheries sectors, coastal residents, marine scientists and hotel managers –- could have been taken on board and solutions found to avoid the current conflict.

How is the government addressing it?

So far the government has been completely silent. There are a couple of things it should do.

Kenya’s National Environment Management Authority should suspend the operations immediately. It must require that the 2014 environmental impact assessment be updated. The assessment must also specify relevant options for monitoring the adjacent reef and limiting sediment plume effects, and consult the relevant authorities in the county government.

And considering the regular and mega-infrastructure projects, the relevant government agencies should institute a strategic environmental assessment around the need for sand for construction. This should specify where large scale collection can or shouldn’t happen -– with individual environmental impact assessments conducted for each project.