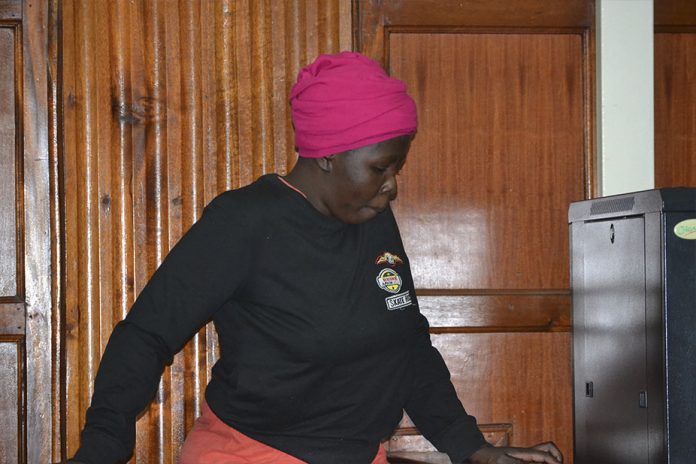 BY PRUDENCE WANZA – A woman has been arraigned in court for killing one Peter Wasike at Kibera, Soweto area.
The two were married five years ago but separated and on the night of 31st March, 2019 they had a fight which resulted to the death of the deceased.
The accused Rosemary Okwiri, pleaded not guilty to the charge before Senior Principal Magistrate, Kennedy Cheruiyot at the Milimani Law Courts.
She has been released on a bond of Sh. 1million and an alternative cash bail of Sh. 1million
The case has been set for hearing on 21st May, 2019  and the mention on 2nd May, 2019.