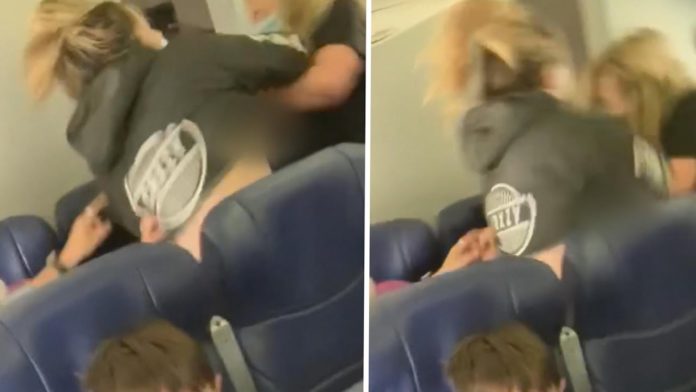 Written By Gerald Gekara and Agencies | |

Quinonez was not wearing her facemask properly, unbuckled her seat belt, and pulled down her tray table during the flight’s final descent, all in violation of federal laws and regulations.

Quinonez was contacted by a flight attendant who asked her to secure her seatbelt, stow her tray table, and wear her facemask properly.

Another passenger began documenting the interaction on her iPhone around this time.

According to the plea deal, the flight attendant was transported to the hospital after being assaulted by Quinonez and had multiple injuries.

Three of the flight attendant’s teeth were chipped, necessitating the placement of crowns on two of them.

The flight attendant’s left eye was bruised and swollen, and she had a cut under her left eye that required three stitches. She also had a bruise on her right forearm in the shape of fingers.

Grossman commended the prosecution team, the FBI, and the San Diego Harbor Police for their outstanding work on the case, as well as Southwest Airlines, the Transportation Security Administration, and the Federal Aviation Administration for their support.

“The FBI is committed to keeping air travel secure from threats of all kinds,” FBI Special Agent in Charge Suzanne Turner stated. “Assaulting and interfering with flight crews will not be tolerated, and the FBI will continue to diligently investigate and prosecute offences like these with our local, state, and federal partners.”