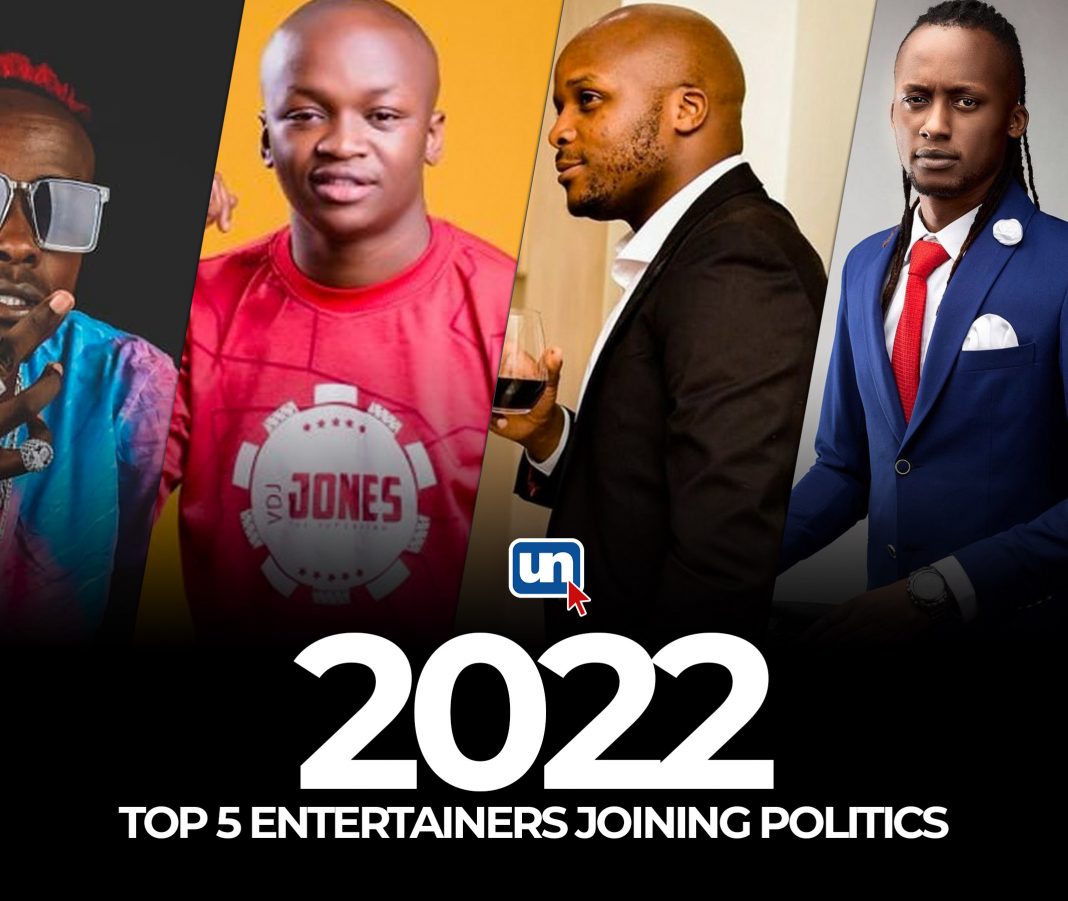 2022 has been marked as an incredible year for entertainers, recording one of the highest instances of Youth seeking elective seats.

In the entertainment scene, we found 5 top artists and entertainers who are gunning for top seats.

Jalang’o, known for his journey in radio and acting over the years has shown interest for the Lang’ata Parliamentary seat.

Most artists also showed support for the initiative including radio host Maina Kageni who vowed to help finance his campaign if he stood as an independent candidate.

The Kiss 100 show host has showed his interest in vying on an ODM ticket, to unseat flashy businessman Nixon Korir.

He expressed his gratitude to fans who have continued to support his cause and requested that they show the same when it’s time.

Some Kenyans have shown reluctance to supporting his decision claiming he is not ready while others have publicly declared their unwavering support.

He declared his intention widely through his social media platforms and has since then mobilized support through his YouTube account and telegram channel.

The young influencer has vowed to stand for the rights of the youth and listed that ensuring support for the queer community(LGBTQI) as part of his priorities.

In an Instagram post, he shared what politics meant to him and how he intended to revolutionize leadership for the people.

He has since affiliated himself with the ‘Hustler’ movement under the Deputy President.

The former gospel artist will contest for the Woodley-Kenyatta Golf course MCA seat.

Veteran musician Julius Owino known for his megahit ‘Unbwoggable’ as Maji maji took his political ambitions public by registering as an ODM life member. The artist has shown interest for the Embakasi East parliamentary seat which is currently under the leadership of Hon. Babu Owino.

Gengetone music producer Vdj Jones announced his plan to vie for the Nairobi Governor seat a year ago.

He shot to fame after his mixes became a daily affair in Nairobi’s public transport.

The producer expressed his intent to vie as an independent candidate.

He is convinced that no one can understand the youth like the youth, and this is why he wanted to stand for the young people.