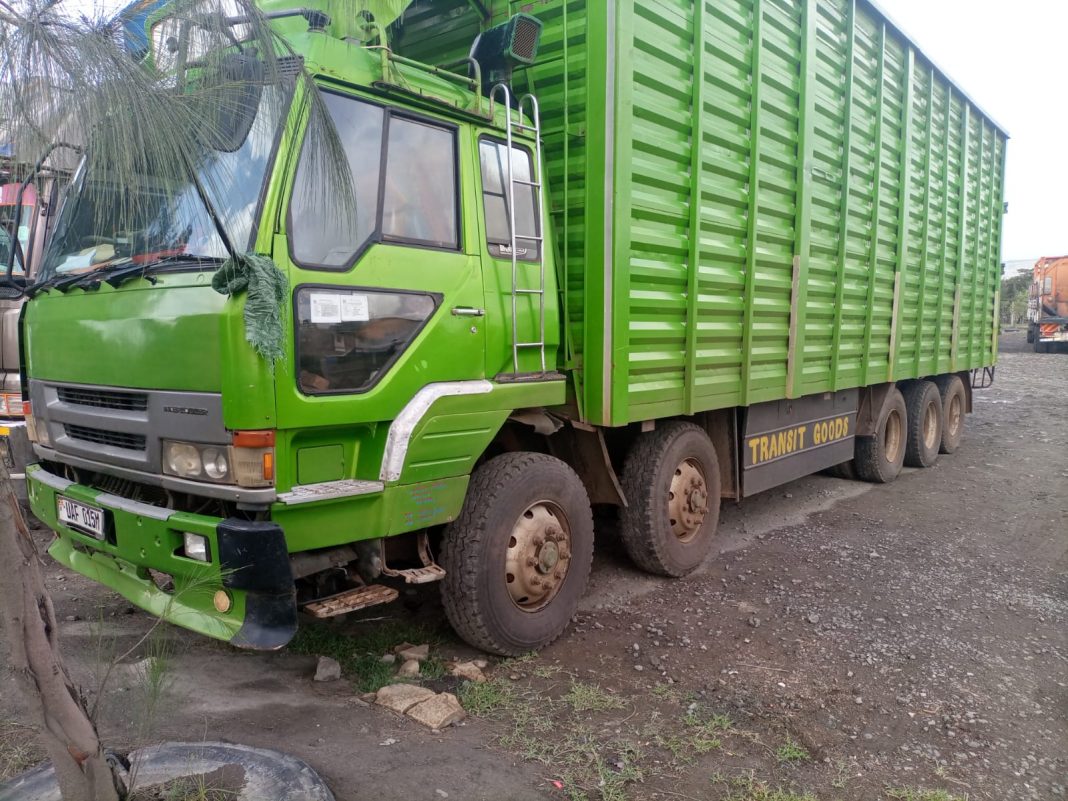 The five drivers were arraigned in a Naivasha Court and bailed. The lorries are detained at Gil Gil until they comply.

The lorries will be detained until the courts issue further directions.

A rigid Body means a lorry with one chassis that is controlled from the front.

A rigid chassis is 12 metres maximum and it must have a maximum of two axles on the rear.

In Kenyan parlance, a compliant lorry must have a maximum of 12 wheels.

The Ugandan lorries have 16 wheels, 4 more than the allowed limit on East African roads according to the first schedule above.

The law allows for tandem axle units. In layman language, this is a truck with 22 wheels. However, this must be fitted with a trademark axle unit.

The tridem axle helps protect road surfaces from destruction. The Ugandan trucks did not have these.

The law applies across East African states putting into question why the lorries were allowed into Kenya in the first place.

KeNHA has tightened the noose on overloading to protect its Sh.170billion a year road infrastructure.

This follows concerns that transit trucks and sand trucks will destroy the heavy infrastructure investments.

KeNHA has urged transit trucks to ensure they comply with the axle load guidelines or face sanctions.

The Ugandan truck drivers have to pay hefty fines to be allowed to retrieve their lorries.