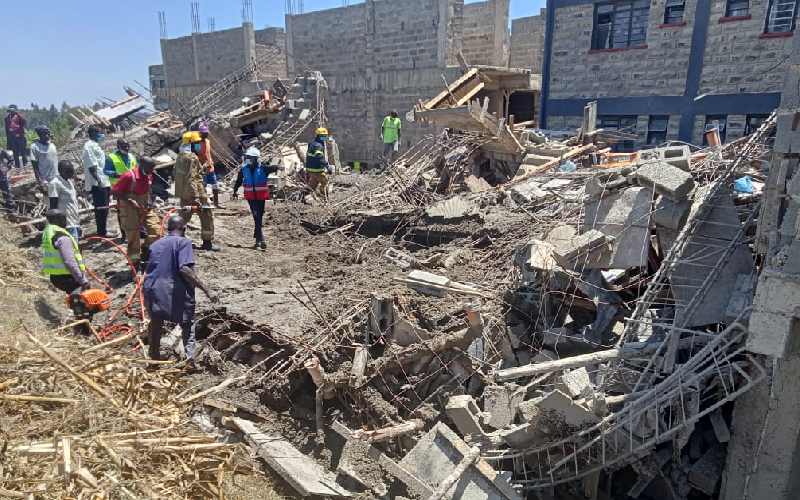 Following the collapse of a two-story structure in Kisumu’s Mamboleo estate, two bodies have been recovered from the rubble.

This comes after it was revealed that the National Construction Authority had halted work on the building that fell on Monday.

At least three victims are thought to be buried beneath the rubble.

The authority stopped work at the site in May, according to Nyanza NCA regional coordinator Amos Musau.

According to Musau, the authority halted construction after it was discovered that the structure did not meet safety and other construction regulations.

Workers continued to work at the site four months after the NCA directive, but it was unclear why.

It’s unclear how many personnel were on the job at the time of the accident, although estimates put the number at 60. Slab casting was being done by the workmen. Several workers were airlifted to hospitals throughout the county.

The building’s owner was allegedly among those brought to the hospital.