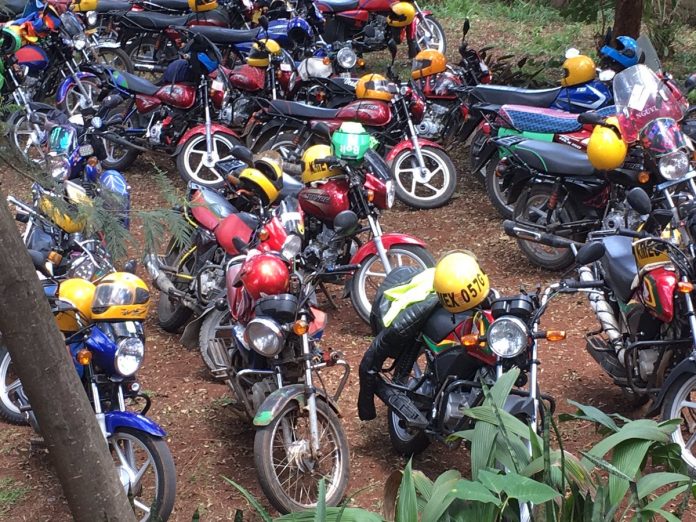 Bodaboda riders as well as Residents of Kamulu, Nairobi County have called on the government to beef up security, after the horrific death of a boda boda operator.

According to area residents, the deceased was shot and dumped by the roadside, with assailants still at large.

Residents say the incident that occured in Acre Tano area, is not an isolated case.

“This is the second time we are recovering a dead body in this same area, the suspects just board the bikes as customers, and end up either killing or forcefully taking ourr motorbikes.” One rider narrated.