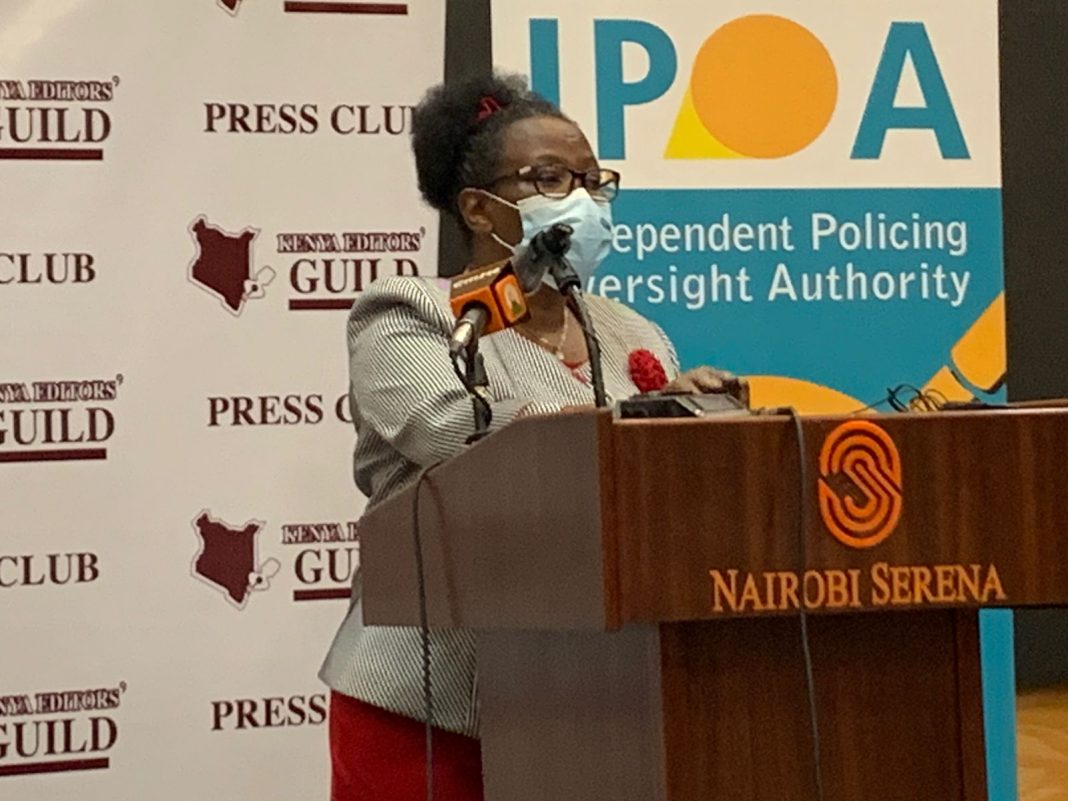 The Independent Policing and Oversight Authority (IPOA) has said it is investigating at least 200 active complaints of police abuses against civilians.

There are now 98 cases in court and 148 cases before the Director of Public Prosecutions (DPP) with varying recommendations.

Speaking in Nairobi on Tuesday during the Kenya Editors’ Guild Press club luncheon, Makori stated that the collaboration with the media has played a key role in enabling the institution achieve success.

It is partly from your journalistic efforts that IPOA has ensured 13 successful convictions, and 98 cases before court.”

“A further 148 cases before the DPP besides having completed a further 3,022 investigation cases.” Makori said.

She went on to say that the institution has established up a Phone Center with a dedicated toll-free number 1559 for reporting police misbehavior.