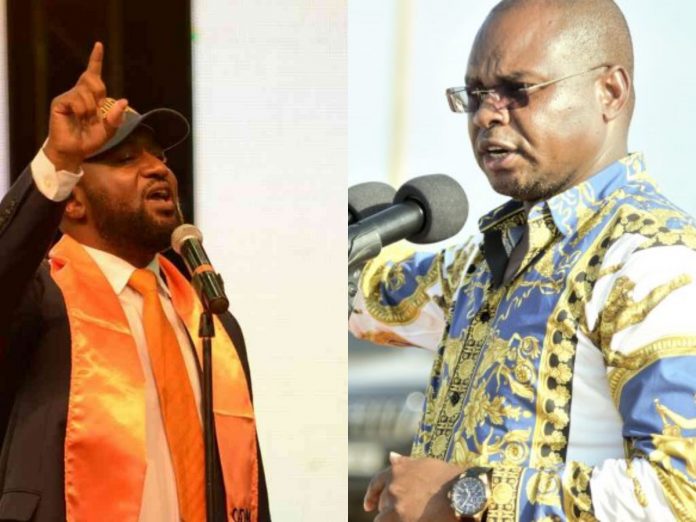 They seemed to start the 2022 Presidential race in one political outfit but by the look of things now, Kilifi Governor Amason Kingi and his Mombasa counterpart Hassan Joho are slowly drifting apart. – By Ramadhan Kambi.

While Governor Amason Kingi is fronting for the formation of a Coast based coast coalition political party to ascend to the presidency, Governor Joho, the Deputy Party leader for the Orange Democratic Movement (ODM) Party has maintained that he will seek the Presidency on the ODM party ticket after many years of supporting it’s leader Raila Odinga.

“This time around I will seek the Presidency on an ODM ticket. I have supported our party leader for many years and I feel that I have the opportunity to vie for the top seat on the land,”Joho recently said.

Over the weekend, Governor Joho was in Lamu county to launch his presidential bid during the meeting he was accompanied by several Coast ODM MPs.

But while Mr Joho was in Lamu, Governor Kingi was meeting his MCAs in Kilifi where he lauded them for their BBI public participatory and urged them to continue with that program.

“We shall form a coalition of coast political party to push for the national cake at the negotiation table in 2022,” said Governor Kingi.

Political analysts now say that this is a ear sign of the divisions that will emerge in the next year General Election.

Kazungu Katana, a political commentator on coast political issues said it will be  hard for the unity of this region to be achieved because coast leaders don’t have the region at heart but looking for their own political survival after the 2022 General Election.

“You can do your maths and know that Coast leaders do not buy the idea on their own. They are all doing this kind of politics so that they can be noted by their masters. It is not about the interest of the coast people,” said Mr Katana.