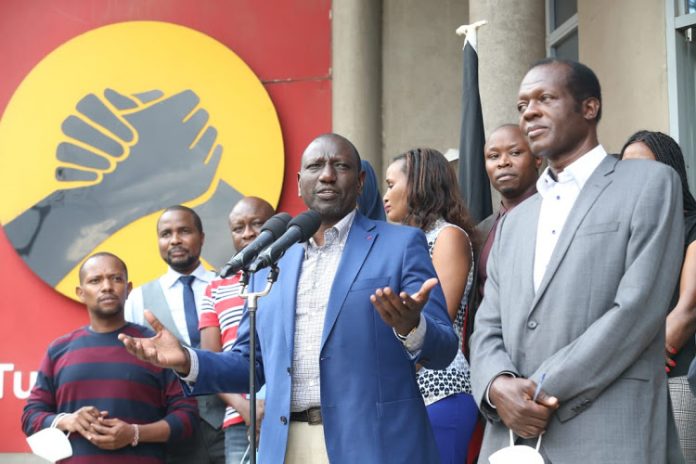 A section of Jubilee officials have summoned Deputy President William Ruto over alleged ‘indiscipline and violation of the party constitution.’ – By Gerald Gekara.

The officials hail from Nakuru branch where Jubilee party is facing off other parties in London and Hells Gate Ward.

“We want him to come back with a clear message, otherwise, failure to do so, we will recommend serious action to be taken against him and Nakuru senator Susan Kihika in regards to those violations,” Jubilee Party Nakuru Branch Secretary General Peter Cheruiyot demanded.

The directive comes a week after Jubilee party officials vowed to act on rogue members of the party through disciplinary actions.

“Such matters are up to the disciplinary committee to look at whether there is any flouting of the Political Parties Act and the party’s constitution and take the necessary action where they deem necessary,” Ruju said.