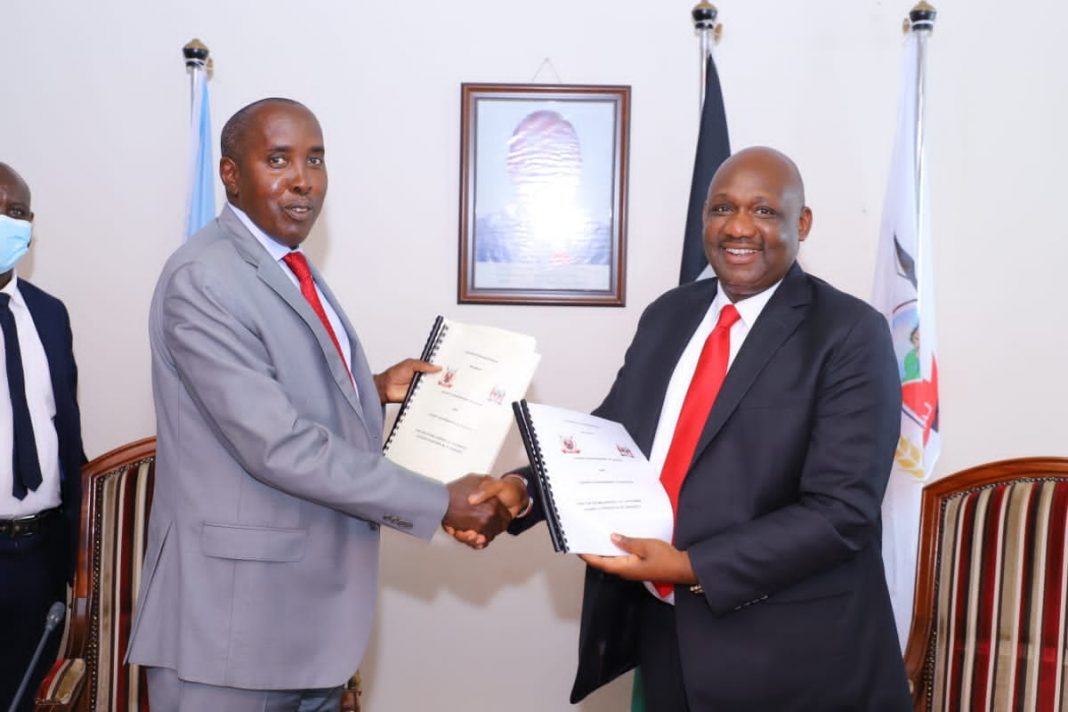 Kajiado Governor Joseph Ole Lenku and his counterpart H.E Samuel Ole Tunai have today signed a Cooperation Agreement that now paves the way for the operationalization of the Economic Block.

This Agreement, among other things, has created several structural committees that will be used to prioritize and focus on key Social Economic needs of people from both counties.

(i) THE SUMMIT: This comprises of Governors from both counties.

(ii) THE COUNCIL: This is the policy organ of the Block. It will comprise of the two County Secretaries, Finance CECs and the CEO of the Block.

(iii) PILLAR COMMITTEES: These will be a CEC Members caucus from both counties of departments that are critical to the counties.

(iv) THE NAKAEB ASSEMBLY FORUM: This will comprise Speakers, Majority Leaders, Majority Whips from both Counties and representatives of Women and Disabled Persons from the respective Assemblies.

(v) THE NAKAEB ECONOMIC COUNCIL: This will be chaired by the chairman of the Block.

Counties have formed blocs largely due to their historical, political and economic similarities. The following six (6) blocs have already been established though mutual understanding between the various counties;