..
Home Newsbeat Liverpool: Fabinho will be out of the pitch until next year —... 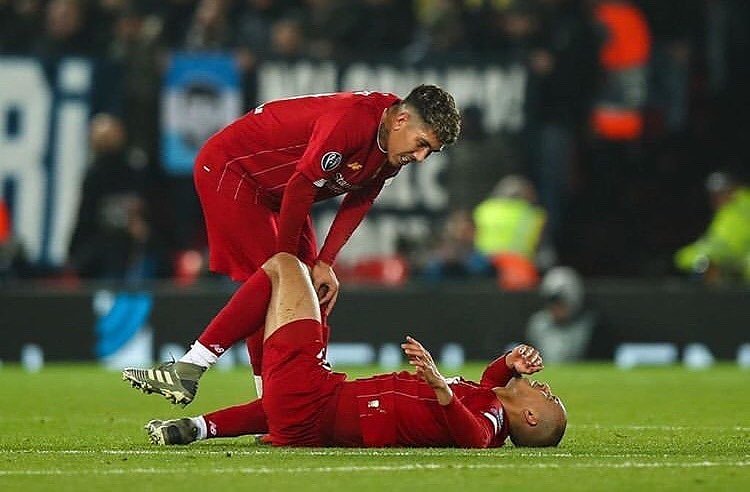 Liverpool midfielder Fabinho will be out until next year with the ankle injury he suffered against Napoli, BBC Reports.

The Brazilian went off after 19 minutes of Wednesday’s Champions League group game, which the Reds drew 1-1, after he fell awkwardly making a challenge.

Liverpool said the 26-year-old had “suffered ankle ligament damage” and will be out “until the New Year”.

“Losing a player of the quality of Fabinho is big. Really bad,” said Reds manager Jurgen Klopp. “It is bad news. Timeframe – we are not sure 100% but looks pretty sure he will not be involved in Christmas fixtures.

“We have to replace him and we can replace him. Now it’s important that he does the right things and is back as soon as possible. “Until then, we have to find solutions. We are not the only team with injured players and that’s what we have to deal with, and we will.”

The Reds have 11 games over the next 34 days in the Premier League, Champions League, Carabao Cup and Club World Cup.

Fabinho has started 12 out 13 league games this season and all five European fixtures.