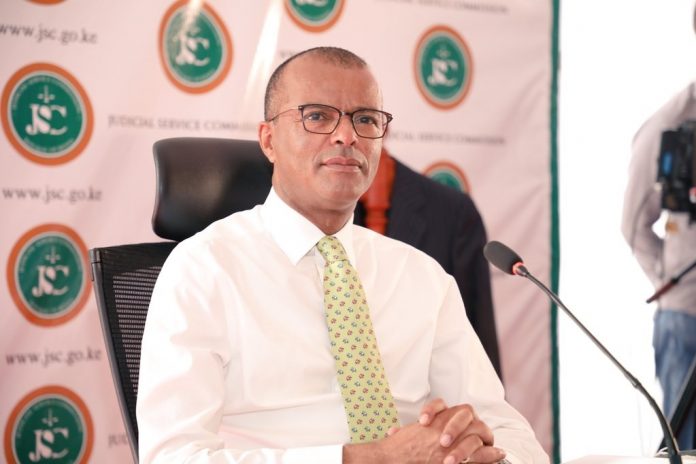 Senior Counsel Philip Murgor’s chance at the hot seat actually turned out to be a day for the Judiciary Service on the hot seat.

From the onset, the 60 year-old legal officer took on the Deputy Chief Justice Philomena Mwilu, whom he had reservations on her position on the panel.

Murgor had previously attempted to have Mwilu removed from the interview panel due to prejudice, but the JSC had refused his appeal.

During the interview, the acting CJ demanded precise responses to her questions, forcing Murgor to defend himself against the interruptions.

When the DCJ asked him to explain a response, he answered, “Madam, I will answer your query as I see fit.”

I Do not have a view…

Murgor refused to comment on any of the panel’s relevant subjects. Judge Warsame inquired about his thoughts about what he might do if he were impeached by Parliament.

“What right do I have to tell you how I’ll rule? You might appoint me to the position of Chief Justice. How can I tell you how I would have ruled if I had known ahead of time?” He retorted.

Judge Warsame referred to Murgor as a criminal lawyer in a light exchange, which he corrected “I work in the field of criminal law. I am not a criminal defense lawyer.”

The JSC commissioners were also questioned by the Senior Counsel, who wondered where they were when former Chief Justice David Maraga spoke to the media alone about the issue of the 41 un-accepted judges.

So far, five of the 10 chief justice candidates will have been interviewed for the position.

Out of the ten candidates, only one will be selected to replace Justice David Maraga who retired after attaining the 70-Year retirement age.

The position is currently being held by Justice Philomena Mwilu in an acting capacity.