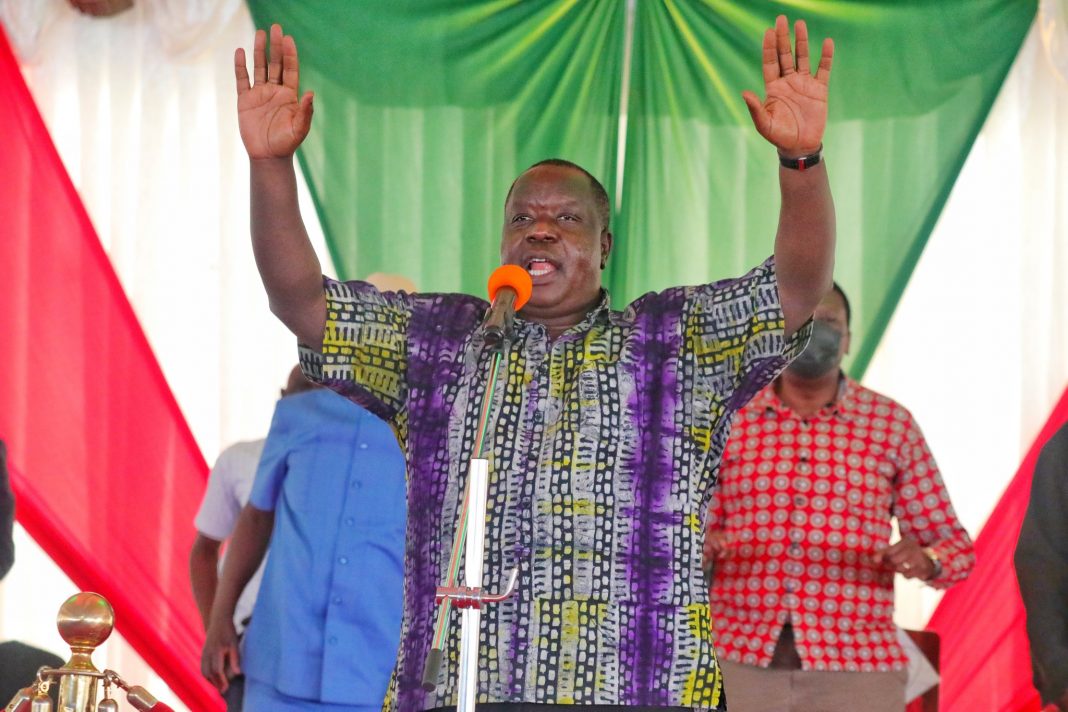 Before the infamous handshake, the Jubilee administration was a well-oiled machine with the President and Deputy President style of Administration.

Nine years down the line… the machine is rusting and efforts to mend it have all gone wrong.

Before Ruto’s difference came public with the president, he was the shield between CSs such as Matiang’i who on frequent occasions would be attacked by the opposition leader.

While in Nyamira County, CS Matiang’i made remarks that have created mixed reactions among Kenyans, some agreeing with him while others have seen it as an act of insubordination to the Number 2 who constitutionally happens to be his superior.

The cabinet secretary was hosting the opposition leader and some of his colleagues for a fundraising function in Nyamira.

In his own words, he thanked the president for the role he had given him to coordinate his colleagues and reaffirmed his support to the president and the former Prime minister.

The CS further went on to criticize the Deputy President and his allies for always opposing the president’s agenda, yet he himself is part of the same government.

The CS went further to say he won’t be part and parcel of such schemes. From the speech, Matiang’i seemed to drum support for Raila Odinga presidential ambitions for 2022.

Political Pundits seem to agree that the Uhuruto governments must have fallen short of the expectations of the constitution.

It was perceived in the implementation of the 2010 Constitution, the governance structure should be fashioned in such a way that the office of the cabinet secretaries would be apolitical.

It is evident that factions in the ruling party mean that the administrative management of issues at the cabinet is not in its best state and a direction of leadership needs to be given by the president.