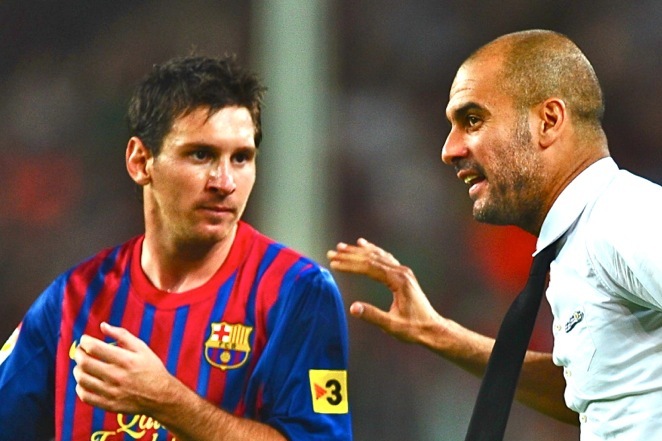 Manchester City boss Pep Guardiola is rumored to be in ‘constant contact’ with Barcelona striker Lionel Messi. The report further seals speculation that the award winning Argentine could move to the Etihad Stadium.

Messi is in his final six months of his contract at Barcelona and is therefore free to begin talks with foreign clubs over a potential switch in July.

City and Paris Saint-Germain are thought to be the favourites to sign the 33-year-old, who attempted to leave Camp Nou last summer but saw an exit blocked by the Catalan giants.

Barcelona’s former president Josep Maria Bartomeu insisted that Messi’s €700m release clause had to be met for him to leave.

Messi said: “Nothing will be crystal clear before the end of the year. I’ll wait until the season is over.”

The South American has found it difficult to show his best form at club level this term but has still managed 10 goals and three assists in 18 appearances in all competitions.

Messi has netted 644 goals in 749 appearances for Barca, meanwhile, since debuting in 2004.