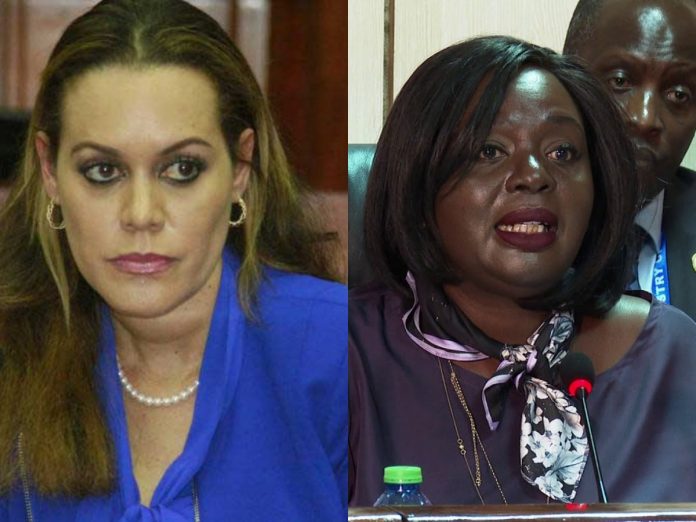 Members of parliament have called for the sacking of the foreign affairs cabinet secretary Rachel Omamo for breach of law and abuse of office. – By Stephanie Mwangi.

The leader of majority Amos Kimunya asked the speaker of the National Assembly to give him three weeks to find out whether Mwinzi had complied with the house resolution to renounce her US citizenship before taking up the role.

“The CS should be censured and action taken against her for abuse of office and law. If indeed the CS had done the appointment with the nominee complying with the conditions of this house then she is in breach of law and action taken are unconstitutional.” said Richard the chair of the committee.

The MPs go on to say that Mwinzi’s appointment is in total disregard of the house and that the matter has been taken out of the order paper several times .

I want to tell parliament and the people of Kenya that the decisions of this house are not in vain, the report was conclusive and parliament won the court case against Mwinzi  . Said Ole Kenta referring to Kimunya in a bid to get a conclusive report from Omamo and the attorney general Kihara Kariuki.”