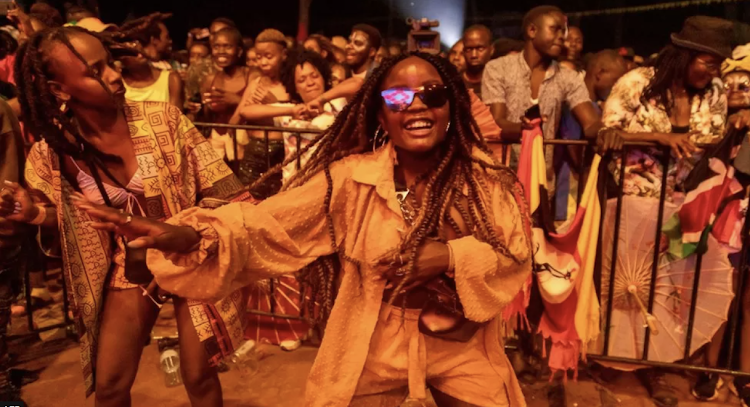 Thousands of revellers from across East Africa and the world have gathered for Uganda’s Nyege Nyege festival which was allowed to go ahead despite a threat to ban it because of “immorality”.

Critics including several MPs and the speaker of parliament described it as a “breeding ground for sexual immorality” and “homosexuality”.

But some say the threat boosted ticket sales to the electronic music festival.

“The excitement is up in the roof,” Zawedde Patricia Zoe told the BBC.

“It’s just people getting together and having fun with each other,” she said from the festival, which is set at the scenic Itanda Falls on the banks of the River Nile.

It has a “wild-party-in-the-jungle feeling”, she said, adding that it was a great relief to go to this kind of festival after two years of lockdown.

She thought the controversy was due to the generational divide between the young people who attend the festival and Uganda’s politicians, who are generally older.

However, not all of Uganda’s politicians were opposed to the festival – Deputy Prime Minister Rebecca Kadaga was filmed dancing there.

“This is the one time when Ugandans and the rest of the world get together in Uganda and there’s no distinction between who comes from where – it’s a wonderful thing,” he said.

He added that by attracting so many foreign tourists, it was good for Uganda’s economy – a point also made by Uganda’s Tourism Minister Martin Magara during the parliamentary debate earlier this month.

One British man told the AFP news agency that he had never heard of the festival until the threat to ban it.

“It is my first time in Africa. I didn’t expect this much, the huge fan presence, the greenery, the waterfalls and hospitality,” said engineer David Kempson, aged 31.

Tickets for the four-day festival have sold out on its website, which says more than 150 artists from across Africa and Europe were playing across its four stages.