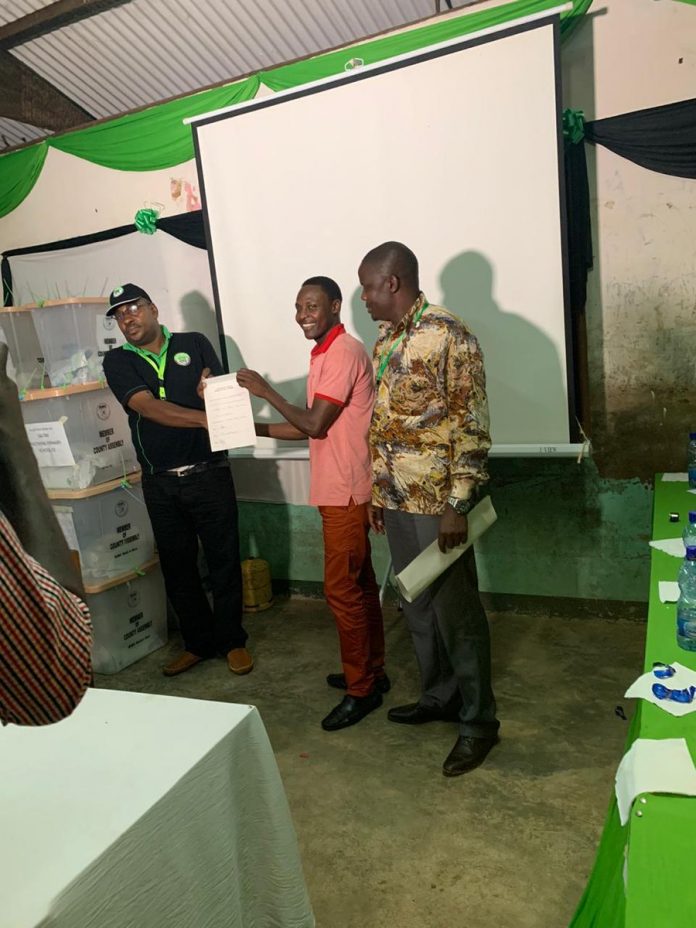 Mr Ruben Katana, the ODM party candidate in the Ganda Ward seat in Malindi, Kilifi County has won the by election after clinching 4,177 votes.

With Jubilee no where in sight, second placed was Independent candidate Abdul Omar, who garnered 2,331 votes.

Jubilee party, which is at the center of controversy over violence, garnered 589 votes through its candidate, Joseph Kiponda. Kadu Asili’s David Mitsanze managed to get 362 votes.

The seat had been hotly contested as Malindi MP Aisha Jumwa tried to wrest it from the Raila Odinga-led party in a political supremacy battle in the coastal region.