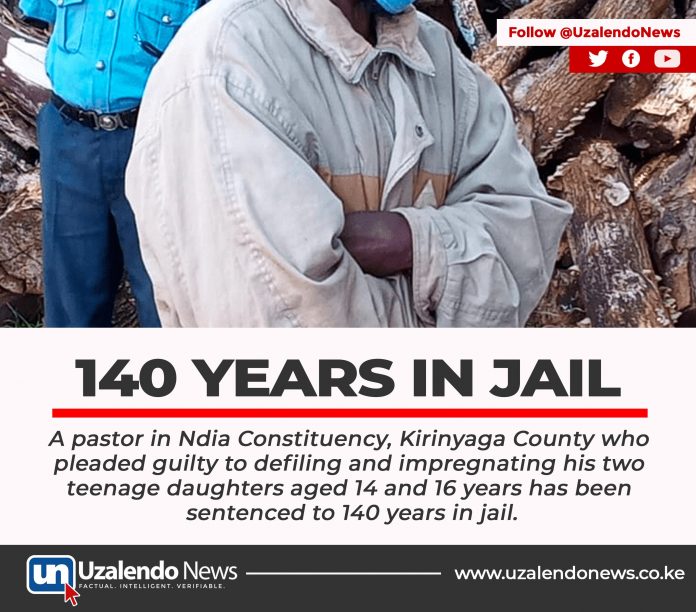 A pastor who hit the headlines after defiling and impregnating his two teenage daughters, has been sentenced to 140 years in jail. – By Gerald Gekara.

The pastor, identified as Pastor John Gichina, aged 51, shockingly admitted the offence,blaming the devil for his offences and asked for forgiveness from his children and the court.

The sentence that was delivered by Baricho Senior Principal Magistrate Anthony Mwicigi, the pastor was handed a 70-year jail term for sexually assaulting each of the girls, aged 14 and 16 years.

The man’s first stepdaughter has a seven-month-old baby with him, while the other is allegedly five months pregnant for him.

Pastor Gichina is believed to have committed the first offence on diverse dates between 1st to 30th of June, 2019 and the second offence was committed between 1st to 31st of August, 2020 in Kianyakiru village in Ndia Constituency.