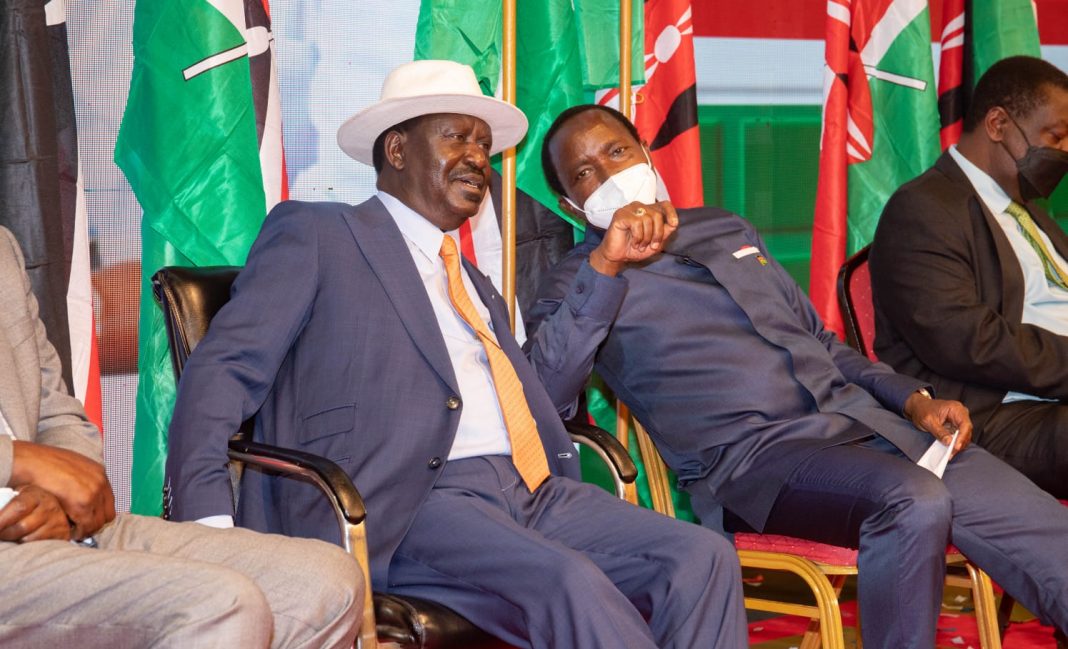 Raila, who made a surprise attendancecat the Wiper National Delegates Conference, praised the Ukambani kingpin talking of how his beliefs align with Raila’s vision for Kenya.

“I have faith that what Kalonzo Wants is what i want. Our paths are soon crossing.”

His appearance, raised criticism and questions since Kalonzo once made a promise to never work with him again.

“I have seen some people speculating why Raila is here. But i want to tell them Kalonzo is my brother. When he has a big wedding like this I must attend.”

Raila commended the Wiper leader for his achievement and for being endorsed as the party’s flag bearer.

Other guests at the event were One Kenya Alliance (OKA) principals; Musalia Mudavadi, Moses Wetangula and Gideon Moi).

Kitui Governor Charity Ngilu, who has been advocating for the duo’s pact was also at the event.