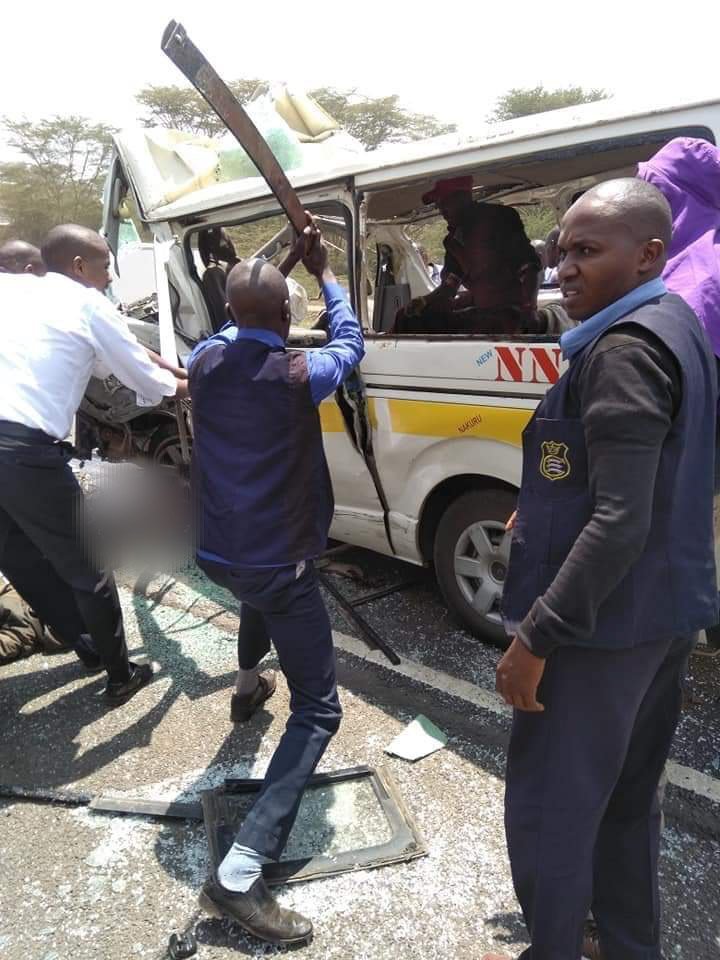 Three people have been confirmed dead after a matatu crashed in a head-on collision with a mini-bus, along Naivasha Nakuru highway.

According to police reports, the driver of the Nissan matatu was overtaking a fleet of vehicles along the highway when the fatal crash happened.

The driver and two of his passengers died on the spot, as several others were rushed to the nearby hospital.

Owing to the number of casualties who perish in accidents involving the Toyota Hiace series, a section of Kenyans on social media have faulted the NTSA for not taking action and tough regulations to reduce the number of lives lost in accidents.