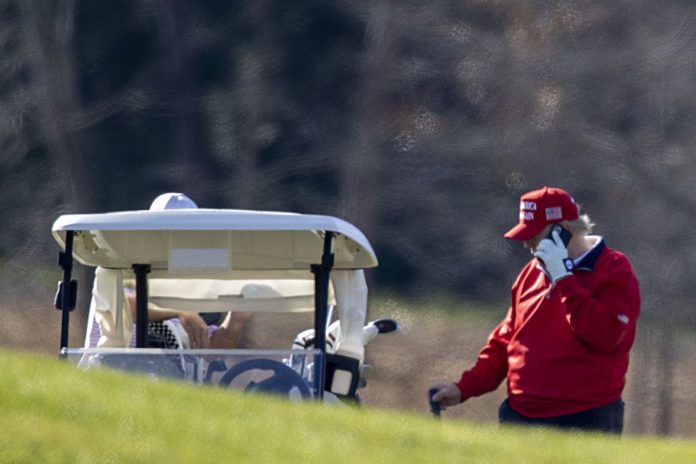 The US PGA Championship has severed ties with Trump National gold course after organizers felt using the course as host would be “detrimental”. – BBC

The PGA of America voted to terminate the agreement on Sunday.

US President Donald Trump, who owns the course, has been accused by Democrats and some Republicans of encouraging last Wednesday’s riot in Congress.

A representative for the Trump Organization said they were “incredibly disappointed” with the decision.

“It has become clear that conducting the PGA Championship at Trump Bedminster would be detrimental to the PGA of America brand and would put at risk the PGA’s ability to deliver our many programmes and sustain the longevity of our mission,” said PGA of America President Jim Richerson.

“It was a decision made to ensure the PGA of America and PGA professionals can continue to lead and grow our game for decades to come.”

The course in New Jersey, one of 17 courses around the world owned by Trump, was due to host the major in May 2022.

The PGA of America is now searching for a replacement host for one of the game’s biggest four men’s individual events.

“We have had a beautiful partnership with the PGA of America,” Trump’s representative added.

“This is a breach of a binding contract and they have no right to terminate the agreement.”