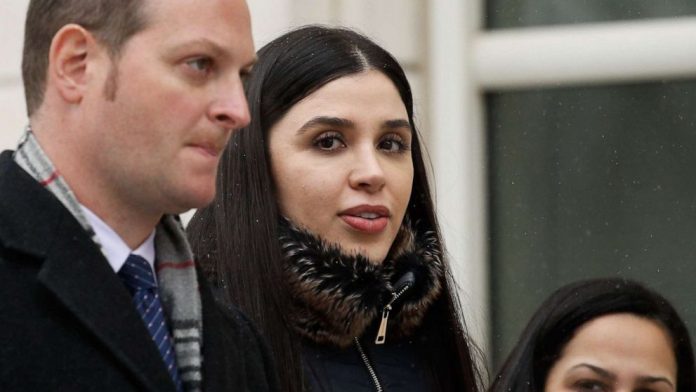 The wife of jailed Mexican drug lord Joaquín “El Chapo” Guzmán has been arrested in the US on suspicion of drug trafficking.

She is charged with participating in a conspiracy to distribute cocaine, methamphetamine, heroin and marijuana. Guzmán is currently serving a life sentence in New York for drug trafficking and money laundering.

The 63-year-old is a former head of the Sinaloa cartel, which officials say was the biggest supplier of drugs to the US.

His trial in 2019 heard shocking revelations about his life, from drugging and raping girls as young as 13 to carrying out the cold-blooded murders of former cartel members and rivals.