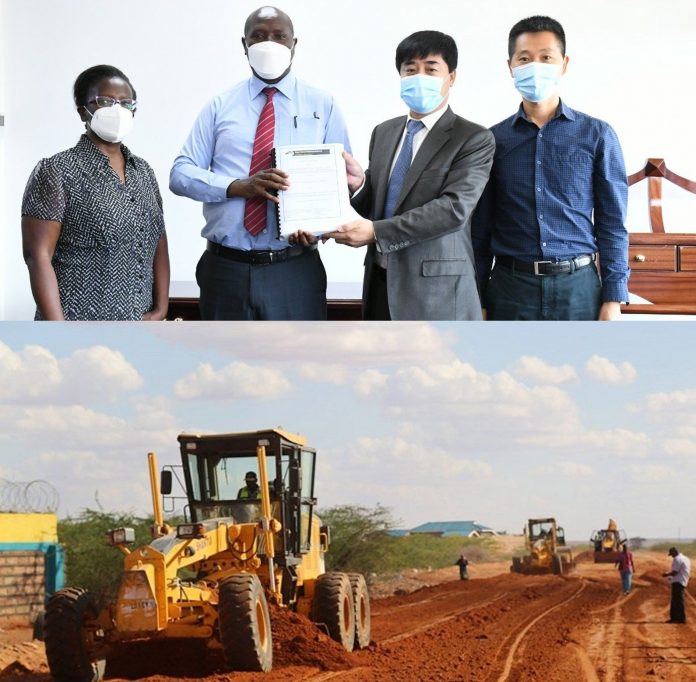 Residents living along the Lamu-Ijara-Garissa road will now benefit from a 453km road infrastructure set to expand satellite towns in the area. – By Gerald Gekara

The project, that is part of the Lamu Port development phenomena, will see the upgrade of the Lamu – Ijara – Garissa (A10) Road and other Spur roads (B93) improved to all weather gravel standard.

The project comprises of improvement of the 257km Lamu – Ijara – Garissa (LAPSSET CORRIDOR), upgrade of the Hindi – Bodhei – Basuba – Kiunga which spans 113 Kilometers.

The contractor will also raise the standard of the 83 Kilometer Ijara – Sangailu -Hulugho highway.

The project will cost of Kshs.17.6 billion, and is expected to be complete in 36 months.

So far, the first berth already complete. The full completion of the three berths is slated for mid-2021.

The development has so far seen ease of movement between Lamu and its environs, after the upgrade of several roads that link to the port.

Once complete, Lamu port will be the Largest port in Africa, in terms of both Ship handling and tonnage of cargo moved in a day.

In ship handling, the deepwater dredge at the New Lamu Port will facilitate the docking for larger vessels of up to post Panamax size(s) that are currently unable to dock in Mombasa.

While in terms of handling goods, the new Lamu Port will have dedicated facilities for Cargo consolidation centers for goods destined for global markets and goods sourced from the Lapsset corridor.