..
Home Politics Chebukati: We will follow the court order on the manual register. 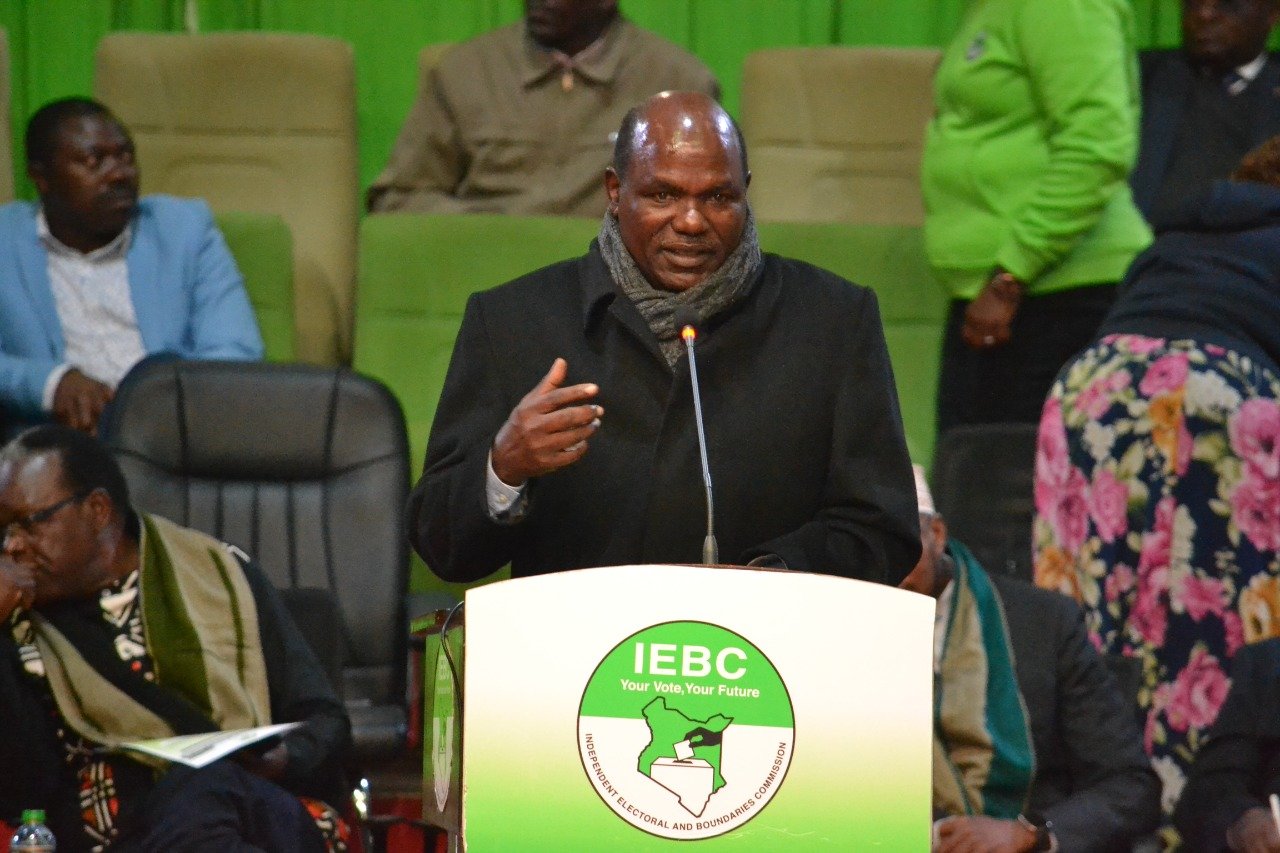 The Independent Electoral and Boundaries Commission (IEBC) has stated that it will follow the High Court’s orders to use manual registers.

Wafula Chebukati, the Commission’s chairperson, spoke at a press conference on Friday.

“In accordance with the High Court decision, the Commission shall now deploy the Printed Register of Voters at polling stations where names of voters shall be crossed out after identification of voters using KIEMs kits,” Chebukati said.

Chebukati stated that manual registers will be used only when KIEMs fail completely.

The IEBC reiterated their commitment to upholding the rule of law in order to hold free, fair, and transparent elections on August 9.

The Nairobi High Court ordered the Commission to use manual registers on Thursday.

According to the Constitution, printed registers could be used if the KIEMS kit failed.

Justice Mugure Thande asked the Commission what would happen to voters if the KIEMS Kits failed: “What then will happen to a registered voter whose details cannot be picked up by the KIEMS kit due to technological failure in light of the IEBC’s decision not to use printed register?”

The right to vote under Article 38b of the constitution would be violated, according to Justice Mugure, if the IEBC’s decision to stop using manuals is allowed to stand.

The court found that the IEBC had violated the law by failing to make the necessary administrative arrangements for the conduct of the elections in order to facilitate elections and ensure that eligible citizens could exercise their right to vote.