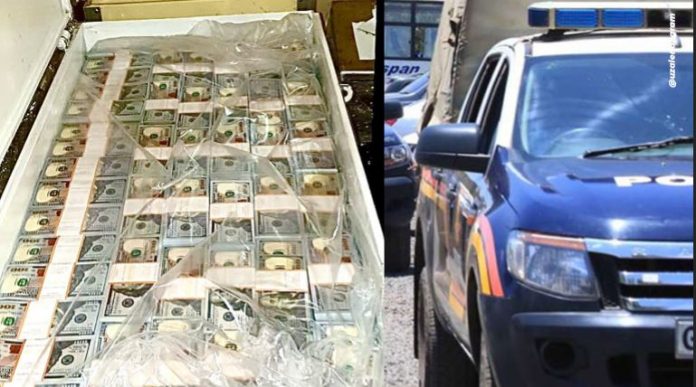 Detectives based at DCI-Kilimani, have discovered fake currencies totaling to millions of shillings, at a house in Makaazi apartments, in the upmarket Kilimani neighborhood.

Also recovered were jerrycans with an unknown liquid, DeLaRue branded badges and a seal, all suspected to be used in printing of the fake currencies.

The suspects were placed in custody as crime scene detectives combed the apartment for more clues, in what appeared to be a well coordinated, fake currency syndicate.

The recovery of the fake currency, followed a report filed by a concerned member of the public.

Since the introduction of the toll free DCI line, the police officers say crime has been easily reported and solved before more damage was caused.

The officers were thankful for the tip off, and promised Kenyans of swift action to nab dealers in fake currency and money laundering schemes.