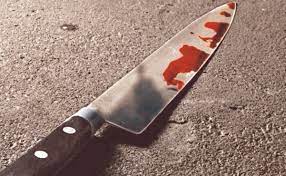 A man was on Monday arrested after he allegedly killed a drinking mate over a woman.

The duo fought over the lass in Bumula, Bungoma county.

Police have arrested Oliver Wafula over the death of Titus Wamalwa who was stabbed in the chest during the melee in the woman’s house.

The suspect used a kitchen knife to stab the deceased over a love affair.

The killer knife was recovered hours later, as the police moved his body was moved to a local mortuary.