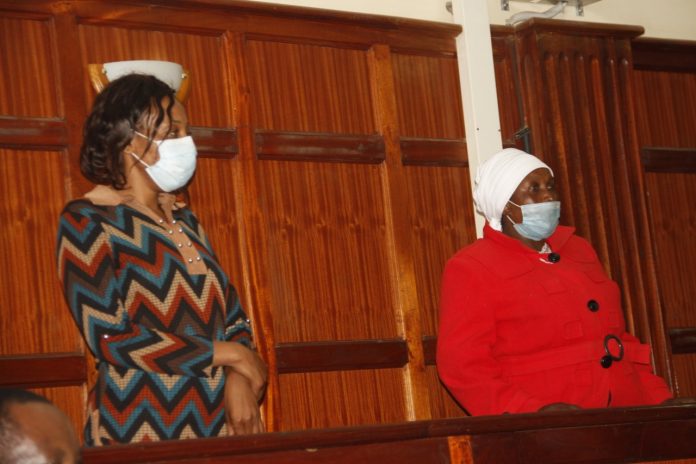 Two Women of conspiracy to defraud were today arraigned in court. Lucy Wanjuhi Kamau and Ann Wagio Kamande pleaded not guilty to the charges before Milimani Chief Magistrate Martha Mutuku.

Lucy and Ann had promised the complaint that they offer a motor vehicle KCF 195E in exchange to serve as security a thing which turned out to be a lie.