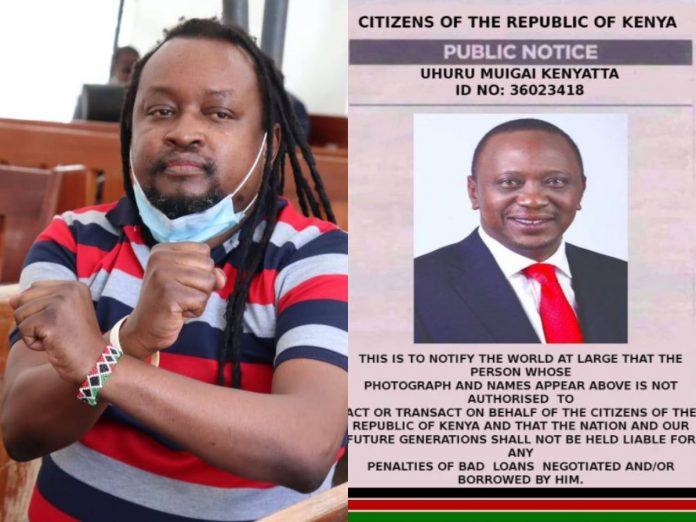 Milimani courts have released human rights activist Edwin Kiama after the prosecution lacked enough evidence to prosecute and charge him. – By Stephanie Mwangi.

Last week the court denied to detain Edwin for 14 days over alleged cybercrime offences, the prosecution asked that he be detained for a poster he made about Uhuru Kenyatta .

The senior magistrate residing over the case ordered that the bail money of 500,000 be given back to him.

Edwin maintains that he is not apologetic for the post he made and the words written on it aimed towards the president he said that he acted in accordance with the freedom of expression as written in the constitution.