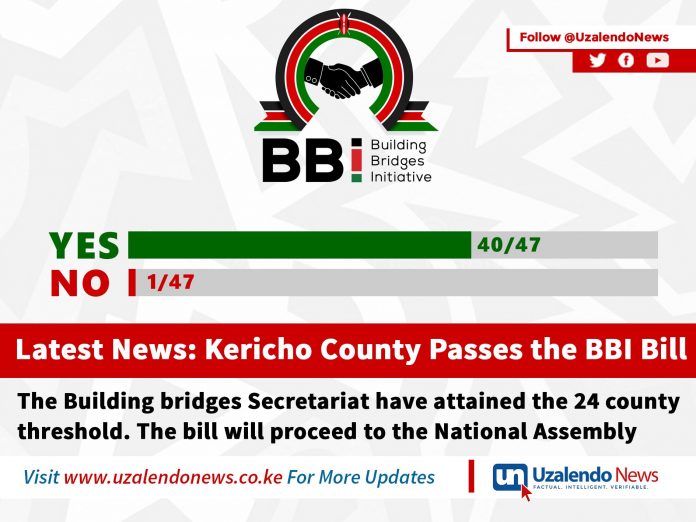 Kericho and Wajir counties are the latest counties to approve the Building Bridges Initiative constitutional amendment Bill making 40, the list of county assemblies which have approved the bill. – By Gerald Gekara.

Passing the bill Wajir MCAs said increased devolved allocations will help the county that has suffered in under-development.

So far Baringo County Assembly is the only opposer of the bill, with six more counties yet to vote over the matter.

The bill has surpassed the 24 county threshold and will proceed to the legislative chambers for debate on whether it will be subjected to a referrendum.

“County assemblies have been able to push back a year-long campaign of lies, misinformation and undue influence on a document whose centerpiece is ensuring prosperity and equitable sharing of the same.” Raila said.