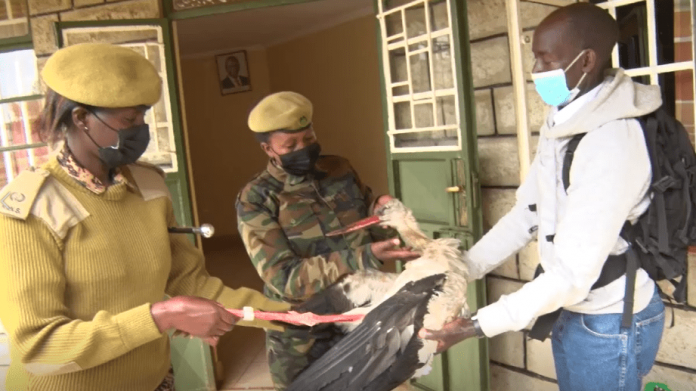 A migratory bird suspected to have covered 6,188km from Poland died after being electrocuted at Kimogoon village, Nandi county.

The Kenya Wildlife Service (KWS) confirmed that the bird was among thousands of white storks that have been hovering around the North Rift since the commencement of severe rains, based on a serial marked on it.

The birds, which belong to the Ciconia Ciconia species, are thought to be migrating due to global climate change.

When contacted by KWS, the Poland embassy in Nairobi indicated the bird may have been under surveillance in Poland.