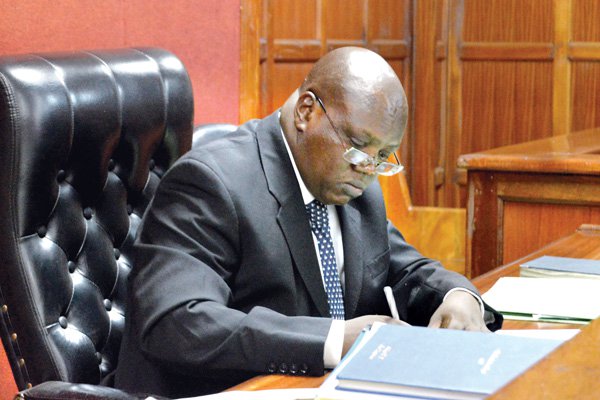 BY PRUDENCE WANZA – Chief magistrate Francis Andayi has faulted the police for arresting suspects within the court premises.

” I had previously given orders that the police should arrest Humphrey Kariuki and that he should have availed himself to the DCI,” the presiding magistrate said.

According to the law police should not arrest anyone at the following premises; COURT PREMISES,CHURCHES and MOSQUES and AIRPORTS.
“Special permission must be sought if any police officer wishes to arrest a person at these premises with reasons as to why they must do the arrest,” said Omari.

Omari says that ,the courts are supposed to protect fundamental freedoms stating that the arrest of Humphrey Kariuki was upfront and abuse of the administrative power of the police.Therefore the police should only arrest a person within the areas prescribed as arrest zones.