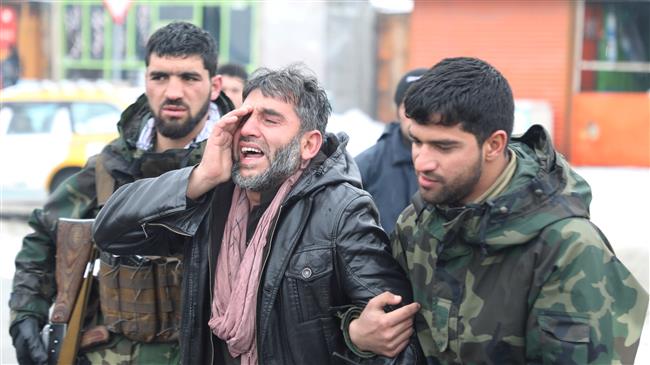 A huge bomb blast has hit Afghanistan’s capital of Kabul, in what appears to be the first deadly major assault in the city in months.

The blast took place at the entrance to the Marshal Fahim Military Academy, a government-run defense university, early on Tuesday.

The Afghan Interior Ministry said the attack had claimed the lives of five people, including both civilians and military personnel.

“This morning at around 7 am, a suicide bomber detonated his explosives… killing five people including two civilians and three military personnel. Twelve were wounded, including five civilians,” said the ministry’s spokesman Nasrat Rahimi.

“It was a big explosion that rocked our house. We also heard gunfire afterward. Ambulances rushed to the area quickly,” resident Samiullah, who goes by one name, told AFP.

The Kabul police chief confirmed the location, according to a local broadcaster.