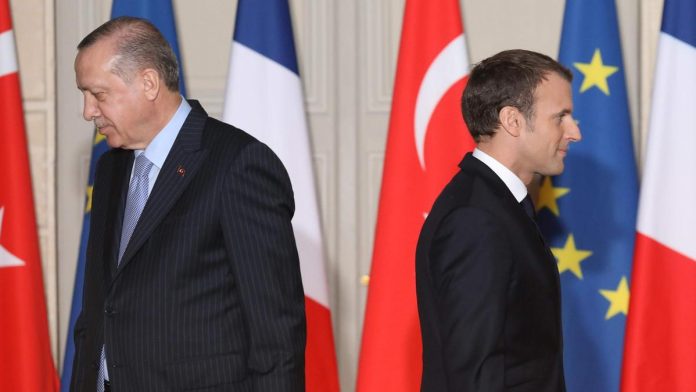 Turkish President Recep Tayyip Erdogan has called on Turks to boycott French goods amid a row over France’s tougher stance on radical Islam.

In a televised speech, he urged world leaders to protect Muslims “if there is oppression against Muslims in France”.

It comes after a French teacher was murdered for showing cartoons of the Prophet Muhammad in class.

France “will not give up our cartoons”, President Macron said earlier this week.

Depictions of the Prophet Muhammad are widely regarded as taboo in Islam, and are offensive to Muslims.

Amid worsening ties over the weekend, Mr Erdogan said Mr Macron needed a mental health check for speaking out so forcefully on the issue.

His remarks led France to recall its ambassador to Turkey for consultations.