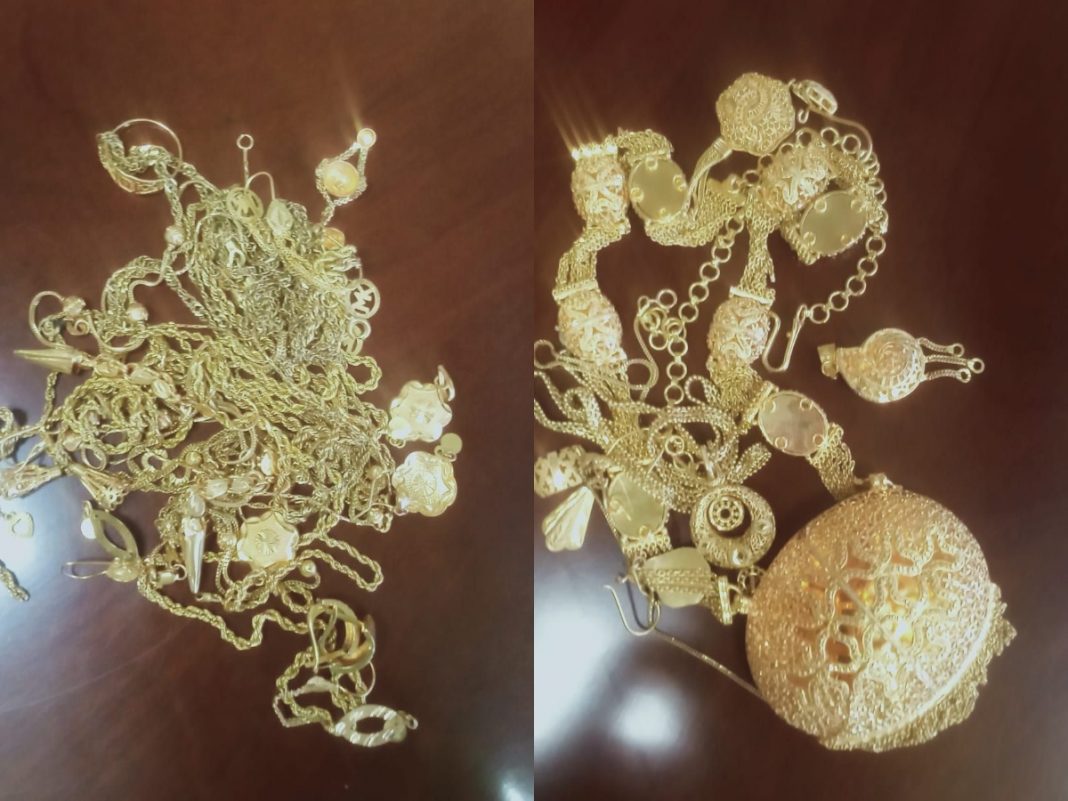 The Kenya Revenue Authority (KRA) Customs Officers Tuesday intercepted approximately 4.88 kilograms of gold and jewellery that was being smuggled through the Jomo Kenyatta International Airport (JKIA).

The valuables are worth Sh31 million.

This was after the officers stationed at JKIA identified a group of approximately 30 female Kenyan travellers who were departing from Nairobi to Mumbai, India through Doha.

The travellers are directly associated to three female travellers earlier intercepted entering Mumbai with approximate one kg of gold concealed internally on August 19, 2021.

During a body search, the customs officers in conjunction with the Multi-Agency team discovered approximately 4.88kgs of undeclared gold and jewellery from 15 female passengers.

The 15 women who were on board the flight were asked to cancel the flight to allow for further investigations.

The intercepted gold and jewellery has been deposited in the Customs warehouse.
Commissioner of Customs and border control Ms Lilian Nyawanda said KRA encourages passengers to declare all cargo/items at the Ports of entry and exit as required under the provisions of the Second and Third Schedules of the EAC Customs Management Act, 2004.

“Our officers will continue to do their job and we urge passengers to declare what they have,” she said.