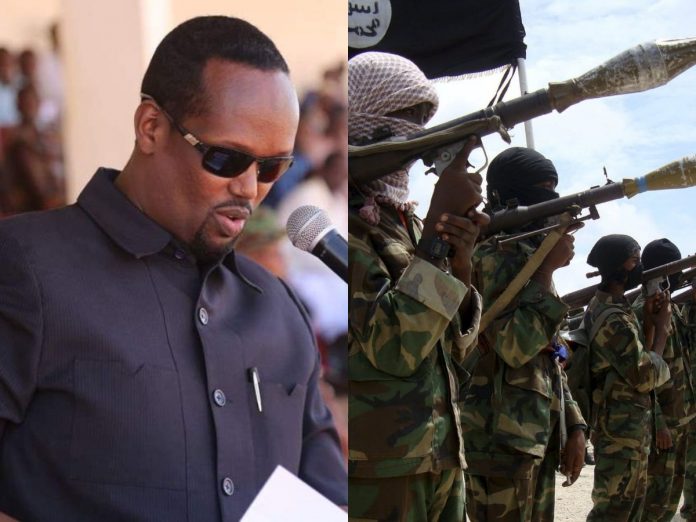 In a letter dispatched to newsrooms, Governor Roba said the simmering security crisis was caused by the undeterred movement of the terrorists within the county, despite the heavy presence of Kenya defence forces in the region.

“The terrorists have been collecting livestock by force from helpless pastoralists in the name of Zakat (obligatory charity)” Mandera, Wajir, and Garissa witnessed over 30 Al Shaban related attacks last year with non locals, security forces, and innocent civilians being the most affected. The militants also been targeting telecommunication infrastructure in the region.” he wrote in a statement

Governor Roba added that the team has been oppressing locals. The situation, he noted, should be swiftly worked on for the sake of stability and development.

“There is a need for a change of approach in how we deal with this situation, otherwise, we will soon be under the rule of the terrorists. Already, Al Shabaab manages more than 60 percent of Mandera with the will of the public suppressed by terror”.

Recently, one Omar Adan Bull, an assistant chief who was vocal against Al Shabaab, was abducted on December 18 and beheaded in Wajir County, his head dumped along the border with Mandera.

He also lamented incidences where a police base was overrun by the insurgents, alongside destruction of communication equipment.