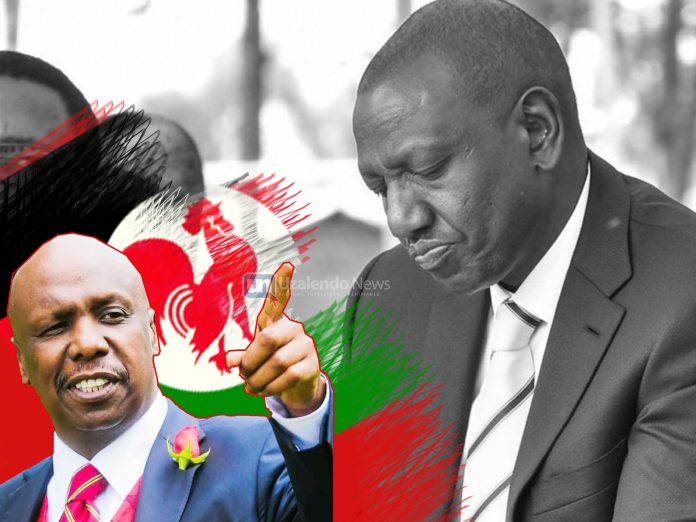 Even though 2022 is just about two years away, the contents of the ballots (presidentially speaking) are known.

As the country contemplates implementing the contents of the Building Bridges initiative, the odour of a constitutional referendum is stinking.

Thus, a bloated executive, whose aim is to accommodate at least four regions in Kenya (or four) large tribes if you wish.

For the Presidency, it is evident that Gideon Moi ‘Doktari’ (as he is known) has been fronted, with Raila Odinga angling for the position of a Prime Minister.

The Deputy President and Deputy Prime Minister will be set aside for the GEMA hegemoth with the leader of the Majority preserved for the coast region.

There is an inherent fear that DP William Ruto may team up with a GEMA candidate as his Prime Minister, retain a character from the West as deputy. Also, speculation is rife that Ruto will tag Kivutha Kibwana as his steeplechase running mate.

So, the referendum and the amended constitution is eagerly awaited at both Sugoi, Kango Ka Jaramongi, and Sacho in equal measures.

The deep state envisages a scenario where DP Ruto will square it out with Gideon for the Presidency as Raila neutralizes the ever jittery Musalia Mudavadi.

In 2002, then-President Moi and the deep state set up Mwai Kibaki against Uhuru Kenyatta, two if the candidates neither minded.

Now, it will be the time of the Kalenjin nation to feud over the candidacy of a hustler rugged warrior and a Prince-charming raised in privilege.

The end of the Ngei political dynasty

What next for the Pau Ngei dynasty? Politically vanguished by the emergence of Kalonzo Musyoka dynasty, the Ngeis have...
Read more

Davies was born November on 2, 2000). He is a Canadian professional soccer player who plays as a left-back or winger for...
Read more
Load more

Newspaper is your news, entertainment, music fashion website. We provide you with the latest breaking news and videos straight from the entertainment industry.